The Fourth Man In The Car 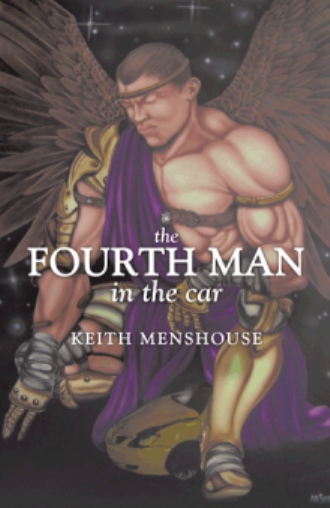 “But you do not know what will happen tomorrow! Your life is like a mist. You can see it for a short time,
but then it goes away.”
James 4:14 (New Century Version)

Author Keith Menshouse and his wife Debbie invested their lives in helping desperate people who were without hope. As a pastor, Keith offered spiritual guidance and encouragement to countless families undergoing tremendous struggles; as a flight nurse, Debbie provided life-saving emergency care to victims at hundreds of accident scenes.
One rainy night in May, 2005, it was Keith and Debbie who needed help. Their only child lay trapped in the twisted remains of his car on a dark, rural road in eastern Kentucky—with no hope of survival.

The Fourth Man in the Car is a true story of this family’s struggle against hopelessness and their questions about faith.
The author asks you to step beyond your spiritual comfort zone with this book’s firsthand honesty and reality; it will inspire you to examine your own concepts of God and His miraculous power.

Dr. Keith Menshouse is the founding pastor of LifeSong Church in Ashland, Kentucky, and a graduate of Southeastern Baptist Theological Seminary in Wake Forest, North Carolina. He has ministered to churches for thirty years. None of his experiences, however, could have prepared him for the personal tragedy that he and his wife, Debbie, faced when their sixteen year-old son's car crashed into a utility pole with two other teenagers onboard.
The Fourth Man in the Car is the story of God's presence and power.