Thinking through Tough Questions of the Christian Faith 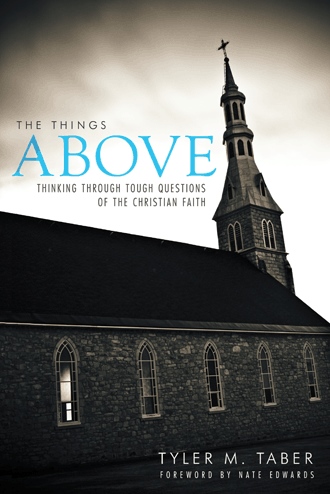 The answer to this question is simple. We know that God exists because He has told us He does. God, to use a different term, has revealed Himself to the human race. The great pastor Francis Schaeffer wrote two important books; one called The God Who is There, and another entitled He is There and He is not Silent. Isn’t that great news? Not only is God there, but also He is not silent. He has told us that He exists. Our God, the God of Abraham, Isaac, and Jacob, didn’t create the world and then walk away. He has made Himself known. He is not silent.

There are three main ways we know God exists, which actually support God’s not being silent. The first is that He has shown Himself to us through the Bible.  Paul, forever changed by the God who is there, plainly tells us in Second Timothy 3:16 that “All Scripture is God-breathed.” The God of Christianity has given us a book, inspired and true, by which we can know His character—and how to relate to His existence by following Him.

The second is to think about the supreme Lordship of Jesus Christ. Biblical Christianity says that Jesus was and is God, and that this God—the second person of the eternal Trinity—took on human flesh and lived on earth, right here amongst us (Jn. 1:14). He was so great that in the person of Jesus He came to earth to save us from alongside us.

Finally, the third—but certainly not the last—way we know God exists is through the Holy Spirit, the Third Person of the eternal Trinity who teaches us God’s will for our lives. Jesus, in John’s Gospel, says that “the counselor, the Holy Spirit, whom the Father will send in my name, he will teach you all things…” (Jn. 14:26).  The Spirit, more than a magical force or mystical power, provides testimony for knowing that God exists.

God has given us sound reason for believing the things above. He is not silent!

We live in a world where Christianity is not always thought to involve both the heart and the mind. Yet Paul, when encouraging us to “keep seeking the things above” (Col. 3:1), surely meant to use them both. With an easy-to-use question-and-answer format, The Things Above is designed to help students think through tough questions of the Christian faith in a way that is consistent with a biblical worldview. With a pastoral touch and a friendly tone, this book explores some of the following topics (amongst many others):

—How do I know God exists?
—Who created God?
—Do Christians have any evidence that Jesus was raised from the dead?
—How were the books of the Bible put together?
—Is the God of Islam the same as the God of Christianity?

Tyler M Taber holds a BS in nursing from the University of Central Oklahoma in Edmond, Oklahoma, and is currently a Master of Theology (ThM) student at Dallas Theological Seminary in Dallas, Texas. He is also an intern at Grace Bible Church in Dallas, working mostly with Grace Student Ministries. To find out more information about Tyler, visit www.gracestudentsdallas.com.