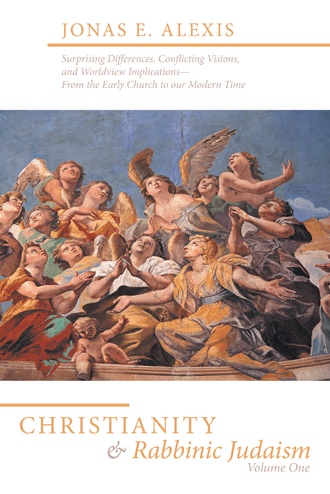 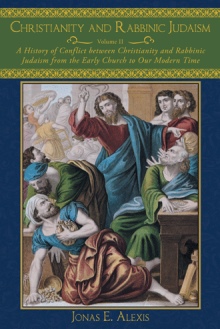 “The simple step of a courageous individual is not to take part in the lie. One word of truth outweighs the world.”

In this penetrating and provocative work, Jonas E. Alexis challenges common assumptions about the relationship between Christianity and Rabbinic Judaism and provides compelling evidence from history and theology that demonstrates the extent to which modern Judaism has been defined by the Pharisaic and Rabbinic schools of thought. As Alexis meticulously documents, there has been a constant struggle between Christianity and Rabbinic Judaism since the time of Christ, a struggle that will define the destiny of the West.

Islam, according to Christianity, is a historically and theologically false religion, since it denies both Jesus's deity and His work of salvation at the Cross. But Rabbinic Judaism, Alexis argues, is equally false and in many respects more dangerous to Christianity and the West than Islam, since at its root Rabbinic Judaism wages war against the Logos, the system of order in the world embodied by Christ.

In this painstakingly scholarly yet readable work, Alexis maintains that Rabbinic Judaism, defined by the Pharisaic teachings (now codified in the Talmud) that Jesus sought to correct, is a categorical and metaphysical rejection of Christianity, a rejection that has had and will continue to have severe implications for Western culture, intellectual history, and theological exegesis.

Jonas E. Alexis studied mathematics and philosophy as an undergraduate and has a Master’s degree in education. His research interests at present include history, most particularly the history of Christianity, the history of science, and the conflict between Christianity and other religions (in particular Islam and Rabbinic Judaism).