The Benefits of Christlike Forgiveness 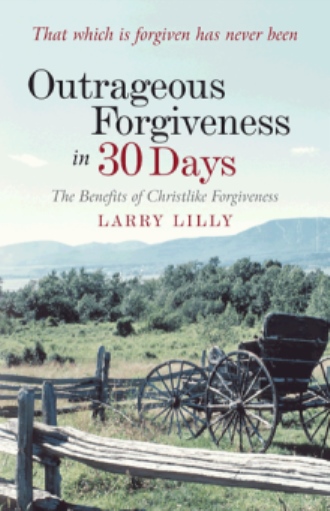 On Tuesday, March 24, 2009, I heard Bill Pelke speak. To say that Bill is unusual is to put it mildly. Bill has put the biblical doctrine of forgiving others into glaring practice, so much in the manner of Jesus that he shames most of us who claim to teach the truth of forgiveness in Jesus.

Bill’s grandmother, Ruth Pelke, who he fondly called Nana, was a noted Bible teacher of children and well-rounded Christian who loved Jesus and her church. On May 14, 1985, Ruth answered her door to three ninth-grade girls who asked her to teach a Bible lesson to them. Once inside the house, one girl hit Ruth on the head with a vase. Two of the teens ransacked the house while Paula Cooper used a 12-inch butcher knife to stab Nana 33 times. The girls found $10, took the keys to Ruth's old car, and drove around for a while. Ruth's son found her mutilated body the next day. Four teenaged girls had been involved in some way in the murder/robbery.

According to the judge in the case, Paula Cooper was the dominant personality, and, ultimately, Paula was sentenced to die in Indiana’s electric chair. Bill thought this was the appropriate sentence.

One night while working his shift as an overhead crane operator at Bethlehem Steel, Bill fell into deep thought about his grandmother. He saw a photograph of her with tears of Christ’s love and compassion streaming down her face. God moved in a powerful way and Bill accepted the power to forgive Paula Cooper. Miraculously, God used Bill and others to bring about a reprieve for Paula, reducing her sentence to 60 years. I wept as Bill told his story. With tears in his eyes Bill said: "Had she been executed I would have walked hand in hand with her to the chamber."

"Revenge is NEVER the answer."

Bill was not and is NOT a bleeding heart liberal but was raised in a fundamentalist church (General Association of Regular Baptists) and graduated from the bare-knuckled Hyles Anderson College.

As Bill held audiences spellbound in two venues I thought how miserably I have failed to teach and demonstrate the forgiveness taught and demonstrated by Christ.

Much of the bickering I am called upon to umpire results from refusal to forgive the pettiest things imaginable. Yet this man demonstrates the near ultimate forgiveness, the ultimate being given by Christ during His passion when He prayed, "Father forgive them, for they know not what they do."

During her imprisonment, Paula Cooper has earned a GED, a college degree and has made a profession of faith in Jesus Christ. She is scheduled for release in 2014. Is her profession real? Time will tell, but one thing is for sure--her forgiveness from Bill is the real thing.

This story is certainly Outrageous. The truth is that most of us will never be confronted with the opportunity to exercise or receive this degree of outrageous forgiveness. This is a very good thing. But the Lord has commanded us to freely forgive those who have trespassed against us. As I understand His words, obeying Him is not optional and I cannot have inner peace until I do as He says in this most important matter.

When Christians start forgiving others as Jesus taught, the world will be the beneficiary of the greatest revival in history. Larry Lilly

Forgiveness as practiced by many Christians fails to demonstrate Christ.

The widows of five men travel into the jungle of the Auca’s to live among the tribe and men who killed their husbands. They forgive in Jesus’ name the entire tribe is converted to Christ including the men who killed the missionaries.

The Amish people of Nickel Mine, Pennsylvania, forgave the man who murdered their children in a small schoolhouse. The community experienced the spiritually healing effects by the grace of forgiveness.

Outrageous Forgiveness in 30 Days, will encourage releasing the burden of bitterness against those who sin against you.

Larry has counseled Christian workers for forty-nine years. Accepting and giving forgiveness is central to his ministry. Larry has pastored Berean Baptist Church for twenty-one years.