by Kenneth A. Brown 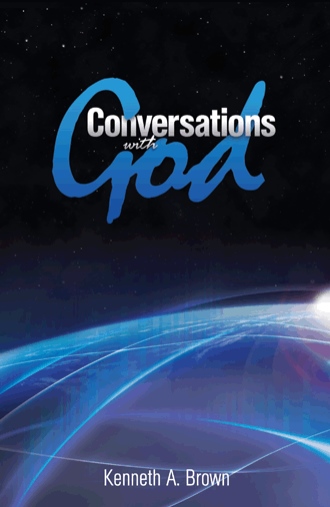 I never considered that my pulpit prayers were special in any way, but comments were made, such as, 'when you lead us in prayer, it sounds as though you are talking directly to God'. 'It sounds as though you expect God to answer.' It was these kind of comments that led me to explore more fully this whole realm of prayer. I assumed that every minister thought that they were talking to God when they led the congregation in prayer. It appears that the congregation did not always feel the same way.

This book will assist people in their personal devotions and, if they are in a leadership role, it will help in preparation for the prayer time during worship.  It deals with questions such as the issue of whether prayers should be written or spontaneous.  The purpose of this book is to encourage the reader to view prayer not as something that is only for the 'expert', but that it is a conversation with God.

The Rev. Kenneth A. Brown trained for the Christian ministry at Spurgeon's College, London, England.  He held pastorates in London and Leigh-on-Sea, over a period of 20 years.  He and his family emigrated to Canada, where he has held two pastorates, one in Regina, SK. and one in Windsor, ON.  Ken also taught employment skills to disadvantaged young people at St. Clair College in Windsor.  Since that time he has pastored two churches in Michigan, USA.  He has had the privilege of preaching in Belgium, Germany and Israel as well as in numerous cities across the United States and Canada.  Ken is married to Elaine and they have three adult married children, Richard, Elizabeth and Cameron, and six grandchildren.

Ken and Elaine currently live in Essex, Ontario, Canada. Ken is available as a consultant to churches who are seeking a deeper understanding of the ministry of worship and how they can effectively fulfill the Great Commission. Over the years Ken has been involved in 'ham radio' and has an avid interest in all aspects of photography.