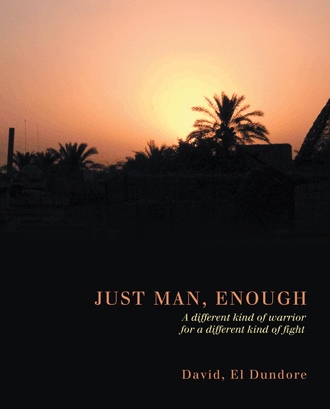 This is the Nativity story writ large and from a historically silent perspective: Joseph's. Now, if not for the first time in the best way, he is presented as man in all respects in a singularly unique position. Never quite secure in his role he bears up under the enormous load that love has commanded him to bear and he grows under the burden. The cost of his peculiar walk with God? Home, family, near-death experience, alienation, isolation, poverty and (as he sees them) kidnapping wise men from the east. The story is written from a life whose own experiential and autobiographical substance vividly colors every page. This is the Nativity made relevant as never before and likely never again.

David is a father of four and lives in Fayetteville, North Carolina with his wife, Norma. It took all he could draw upon in his lengthy service as a husband, father, Special Forces soldier and medical officer to breath life into this book.