Will A Man Rob God? 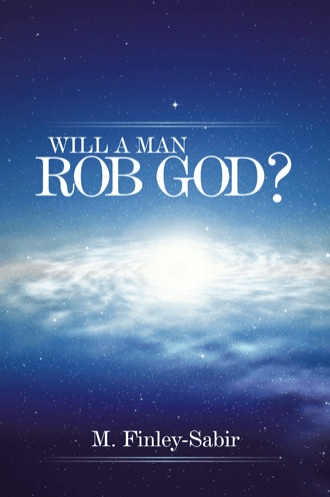 If tithing were implemented today as it was during Biblical times, a believer would be required to pay approximately fifteen to twenty percent, instead of ten percent. In Leviticus 27:31,  If a man was to redeem any of his tithe, he had to add a fifth to the value of it. In the Old Testament, holiness was described as a divine call or ceremony.  It required the total consecration of a man’s life to God’s service, which involved giving one’s self, one’s family, and all of one’s possessions to God.

“WILL A MAN ROB GOD? Yet ye have robbed me. But ye say, wherein have we robbed thee?  In tithes and offering” (Malachi 3:8).

Learn if you are disobeying God, sinning, or even blessed for not paying tithes?
• No longer be in bondage
• Learn what a tithe was
• Learn if tithing is for today
• Learn if money was God’s plan for tithing

The worst feeling is to think you have robbed God for not paying tithes and live in fear or paranoia, always thinking that God is going to punish you if you don’t pay Him a tenth or you have sinned.

M. Finley-Sabir is married with two daughters and lives in San Diego, California. Her father was a Pentecostal preacher and her mother was an evangelist.  She has 8 siblings and they were all taught that tithing meant a tenth of their earnings.  She learned that God would not bless her unless she tithed.  As a result, she grew up in fear and paranoia, always thinking that God was going to punish her if she did not pay her tithes.  As she grew older, she watched so many Christians give their rent money to the church. Like her, they were victims of not clearly understanding the word of God.  She teaches Bible Study once a week and on occasions she ministers to the homeless at the Los Angeles Mission located in Downtown Los Angeles, California.  She loves community outreach, sharing God’s word and baking homemade cheesecake.