To Pray as Jesus Prayed 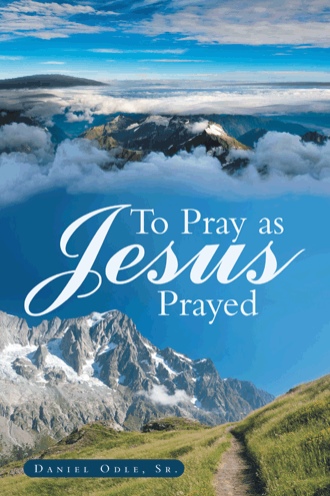 To pray as Jesus prayed is to know that the Heavenly Father hears you when you pray and that you hear Him when He speaks. The end result of all prayer is unity with God, oneness with God. This is the desire of the Father and His Son Jesus (John 17:11, 17:21).

Consider the small excerpt about Enoch found in Genesis. The writer of Genesis only gave two or three lines of Scripture about this man, “who walked with God and he was not for God took him” (Genesis 5:24). Enoch, the New Testament says, was translated by faith that he should not see death; God took Enoch to be with Him (Hebrews 11:5). Enoch knew God’s desire to fellowship and be one with Him to the extent that Enoch’s faith brought on this change. Also, consider Adam and Eve who were in the Garden of Eden when God’s voice would walk by in the cool of the day. These are two examples that occur very early in Scripture of the relationship and oneness that God desires with His creation, a pattern interrupted by sin. There are other examples in the Old Testament of men and women being united with God’s purposes through prayer. Moses built the tabernacle in accordance with the pattern shown to him on the mount (Sinai). King David drew up the design for Solomon’s Temple as shown to him by the Lord. In these examples, God spoke very specifically His will to men.

What matters is not what we say to God but what God says to us. People often speak to the Lord in request, and those requests are many times from their own understanding and desires. People have this habit because most of the time they do not hear God speaking to them, and this has become their prayer pattern. The only request of a personal nature that Christ made had the suffix, “not my will, but Your will be done”; this was in regard to going to the cross (Matthew 26:39–44). Accordingly, Christ already knew the will of the Father in this matter.

It is difficult for people to see themselves like Christ as he is described in the following: “I do only those things that I see my Father do,” and “If you have seen me, you have seen the Father.” But Christ himself prayed to the Father, “I would that they would be one as We are one,” (see opening text above). Most people have much experience in speaking to the Father, but far fewer hear the Father speaking to them or have come to know His will for them in the way that Christ did.

The image of prayer in most people’s minds is not one of relationship, communication, and oneness as seen in Christ, but is vague. Until the correct image of prayer is established from truth in the heart of a man or woman, he or she will continue to “grope” in prayer. Certainly, we would pray much more than we do if we could experience the reward of this spiritual activity to the extent that we do when we communicate with men in the natural sense.

The goal in writing this book is to show the desire and will of the Father regarding prayer as Christ prayed and to show the principles and the skills that must be known and developed respectively. These new insights taken from the Bible will be contrasted with the current conventional understanding of prayer. Revealed are the hindrances to prayer, the results of prayer, and the goals of prayer. Also considered is the spiritual psychology of man and its relation to prayer. Much will be shown about the little known side of prayer, which is God’s side—His disposition, His true attitude, and His true involvement.

The hope is that you will have rich fellowship with God and it will be said of you: “He walked with God and he was not for God took him.”

Most people have much experience in praying to God, but far fewer hear the Father speaking to them in the way that Jesus heard the Father. Clearly people would pray much more if their spiritual communication was to the extent that they talk with one another in the natural sense.

To Pray as Jesus Prayed addresses this obscurity with clear Bible teaching. For example, you will learn

To Pray as Jesus Prayed shows you what matters most is not what you say to God, but what God says to you. You can obtain rich fellowship with the Father when His disposition, His attitude, and His true involvement is realized in prayer.

After graduating from a two-year missionary program in Oklahoma, author Daniel Odle Sr. relocated to Phoenix, Arizona, where he focused on street witnessing for many years. During this time, his love for helping unbelievers come to know God grew tremendously. To Pray as Jesus Prayed was born out of a passion to help believers, young and old, realize the desire of the Father to fellowship with them in prayer. Odle and his wife currently reside in Southern California, where they attend a full gospel church with their family.