A true story of life, lies, secrets, and above all else, love 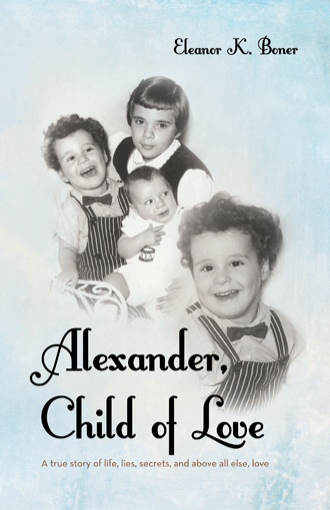 Giving Your Life for Your Child

There is so much to tell that I scarcely know where to begin. So I’ll start at the beginning …

Our Alexander was born about five weeks prematurely for no apparent medical reason. Although my son was premature, I was allowed to be in labor with him for fourteen hours. Instead of performing a necessary caesarean section, my physician delivered my premature baby by forceps. What this would mean, I only realized in small steps over a long period of time.

Initially, doctors told us that our son’s chances for survival were meager. Alexander, or Andy as we soon nicknamed him, was placed in an incubator in the hospital nursery. I was not permitted to see my new baby. Only much later did I find out the real reasons we were kept apart.

Known even today for being persistent, I kept insisting on seeing my child and finally, permission was granted after several days. When I first saw Andy through a window of the nursery, I was so shocked! My knees turned to water, my heart sank and I could hardly make it back to my bed.

My child looked like an emaciated, skeletal baby victim of the Holocaust! However, my husband and my mother had seen Andy immediately after he was born. They both told me how rosy and angelic he looked then, and how shocked they were at the startling change in him in the intervening days between his birth and when I was first allowed to see him.

A succession of doctors saw our baby. Each one was despairing of his survival. Andy was having breathing difficulties and had quickly gone from five and a half to only three and a half pounds. He had rectal hemorrhaging during the first two days of his life and at that point, only a blood transfusion could save him.

Once back in bed after seeing Andy through that nursery window, I could think of nothing else but that this child should live. For the first time in my life, I prayed to God with all my being. I asked the Almighty to take my life, if that would save my child. I prayed continually and twice during my stay in the hospital, I experienced a very real sensation of being lowered into what seemed to be a grave. Andy’s life became my obsession. I would make a deal with the devil if I had to, if that would save his life.

My wish was granted. My son survived, miraculously! And over time, I would come to understand that I did give my life for his, but not by dying. I gave it by living for him and really loving him.

This is a story so personal, it took fifty years to write.

Alexander, Child of Love is not a self-help book about how to best survive the death of a child. Alexander’s story is the story of the power of love. The more you love, the longer you love, the larger you become.

Long after my son’s death, I was profoundly shocked to learn that Alexander was actually “murdered.” As you read, you will come to understand why the word “murdered” was not ill-chosen.

The story I am about to tell you is not simply about a mother and child. It is about the human spirit and the heights to which it can ascend to overcome extreme physical disability and pain. In essence, it is about love. During my son’s mortal life, I learned for the first time the meaning of real love. I learned that such love has the power to work miracles in our lives.

Eleanor Boner entered New York City’s Hunter College at the age of fifteen. She graduated Phi Beta Kappa, earned a scholarship to law school, and received her doctorate in juridical science. A respected attorney now approaching her nineties, Eleanor focuses much of her time on her love of books and opera.