The Search for the Biblical Jesus 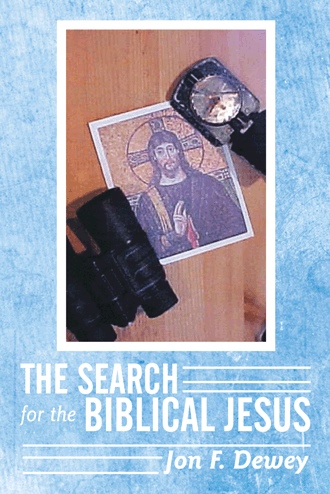 Excerpt from Chapter One:

The Gospel of John opens with what is considered to be the definitive statement about who Jesus is and was and will always be: deity. “The Word” was a concept used in Greek philosophy. The Greek translated “Word” is Logos, the Infinite Idea, the consciousness that brought all consciousness into being.

John is writing to an audience who immediately understood those concepts. This opening statement parallels the introduction to the book of Genesis and the creation story. John describes Jesus as being the one who created all things, the original active idea. He is not a separate entity but uniquely the deity we call God. John hints here at the Trinity also. Jesus is revealed to be the creative part of the Trinity, the one who spoke and the heavens and earth were created.

10  He was in the world, and the world was made by him, and the world knew him not.
11  He came unto his own, and his own received him not.
12  But as many as received him, to them gave he power to become the sons of God, even to them that     believe on his name:
13  Which were born, not of blood, nor of the will of the flesh, nor of the will of man, but of God.
14  And the Word was made flesh, and dwelt among us, (and we beheld his glory, the glory as of the     only begotten of the Father,) full of grace and truth.

This is a very clear statement that Jesus is the Redeemer and Messiah, and that salvation is only through him. While this passage asserts that Jesus was rejected by the Jewish nation of his time, the offer of forgiveness and salvation is granted now to anyone who believes in him.

In this passage John reemphasizes that Jesus is the Logos, and that he was recognized by his disciples as being God in the flesh. He is the only begotten of the Father. No other person in history is entitled to be called by that name.


Except from Chapter Three:

In this passage the author assumes that Jesus is uniquely God, and not just a normal man. He is sent from God and is equal to the God of the Old Testament. This passage may also be commenting on the errors of the Gnostics by identifying Jesus as the light that men must come to in order to be on the path to God (as opposed to the false illumination of Gnostic mysticism). Anyone who opposes the light is not more spiritual but is in the darkness and doing evil.

What if everything you heard was wrong?

There are countless theories and discussions about Jesus of Nazareth. Critics of Christianity usually discount the Gospel records and discount the claims of Jesus being the unique Son of God. They insist that Jesus was a failed revolutionary, a misguided carpenter, or a myth created by his followers.

What if it was true?

The Gospel record tells a radically different story. In it Jesus boldly proclaims himself to be deity—the Son of God—and announces that his life was not just for inspiration, but for a distinct purpose.

Find out for yourself in Dr. Jon Dewey’s new book, The Search for the Biblical Jesus. You never need doubt again.

DR. JON F. DEWEY is a former Senior Noncommissioned Officer in the U.S. Army. He served in numerous assignments in the United States and overseas, including tours in Germany, Korea, and Hawaii.

Dr. Dewey has served local churches as an interim pastor, pastor of adults, worship leader, music minister, and teacher. He is the author of the book Before You Marry—A Guidebook for Engaged Couples, as well as numerous magazine and newspaper articles. He holds a doctor of ministry degree from Bethany Bible College and Theological Seminary, Dothan, Alabama.