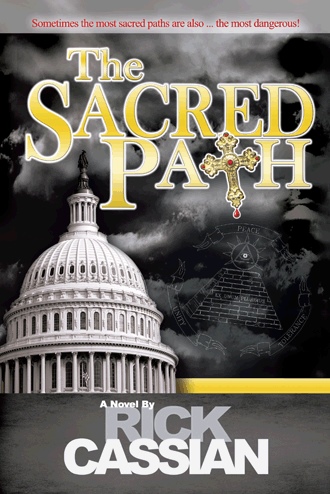 “Don’t go out there, Sir!  It’s not safe!” shouted Nicolas, trembling at the size of the crowd gathering outside the building.
“It will be fine, my son.  They are reasonable people.  All I want to do is talk to them,” was the unshaken response from the kindly old man.
“But Sir… they won’t listen… not to you.”
“You don’t know that,” returned the old man, trying his best to listen to his heart instead of his head.  “I have to try.  Nothing will ever change if we can’t communicate with them.”
“I order you not to go out there!” thundered Nicolas, knowing his words were a breach of protocol.  The nearly forty-year age difference between the two men meant that the only position he held was that of receiving orders, not giving them.  “I care for you too much to let anything happen to you!”
“Nicolas,” the old man replied in a gentle voice, “I appreciate your concern, but when we are long gone from this earth, all that will remain of us are the memories of things we did with the time we were given.  The things that are truly memorable are always those that involve great personal risk.  Perhaps today is the day that will mark my place in history’s memory.”
Nicolas knew there would be no changing the old man’s mind.  He slowly moved away from the ornate wooden door that had provided the old man’s only protection from the restless crowd, now beginning to shout obscenities from outside.  “Then may your memory be found in the truth that you proclaim,” he said, as he unlatched the first of two heavy black bolts that secured the door.
The old man smiled and gave an approving nod.  He put his hand on Nicolas’ shoulder.  “You have been a good student, and I know that one day you’ll make the same decision.  I am ready.”
Nicolas did not reply, as he was not sure that he would make the same decision if faced with these circumstances.  He reached down and pulled the door toward him so that he was safely concealed, while the old man now stood in plain sight of the waiting crowd.
The crowd erupted with a tirade of insults and threats.  “Hater!  Intolerant bastard!”
The old man was un-phased by the comments as he walked gracefully toward the people.  “My friends, I am not who you think I…” he began.  But that was all he was able to get out before a rock slammed into the side of his face.  The old man recoiled and his knees buckled.  A steady stream of blood flowed from the gash in his cheek, and onto his flowing red robe.
In different times, the sight of a kindly old man being treated so brutally would have caused horror to any onlookers.  But the old man’s blood seemed to attract an even bigger crowd, and like a group of sharks who had just been fed a fresh carcass, the crowd rushed toward the old man—men and women, old and young, each delivering punishing blows to his fragile body.
“Kill him!  Kill him!” was the unified chant.
Nicolas fell against the heavy door that was now secured and double bolted again.  The chants of the crowd caused him to sob deeply at what was happening to his mentor and friend.  He knew they wouldn’t listen to the old man—they didn’t want to hear anything that he had to say.  All they want is to get rid of us—all of us, Nicolas thought to himself.  He couldn’t help but wonder how long this wooden door, which had thus far kept him safe, would no longer be enough.  The violence is at our doorstep!

Changing history is serious business, but saving history just might prove to be the most dangerous work of all! America is ripe for a new leader—one who represents the will of the people. Crispin Locke, a vile and feared man, is elected America’s first ever Supreme Leader. Locke wins the adoration of the country with his “Three Self” propaganda, which enforces peace, unity, and tolerance. But in order for his message to keep its strength, Locke must remove any evidence of Christianity found within the symbols of America and restrict religious speech in houses of worship.

In this new perilous world, Father John Baxter is about to take a stand. Motivated by the historic documents given to him by his grandfather, the priest will take to the pulpit of his government-regulated church for one final sermon. But his plan takes an unexpected turn, and he soon finds himself on a journey that he could never have imagined. Is it fate or is it God’s providence? Whatever it is, Father John Baxter’s path will ultimately lead him to that last place on earth he ever wanted to be—Washington, DC!

Rick Cassian has been a pastor and teacher in four churches in the upper Midwest. He is currently a pastor as well as a PhD candidate in church history. He resides in South Dakota with his wife and two children. Visit him online at RickCassian.com.