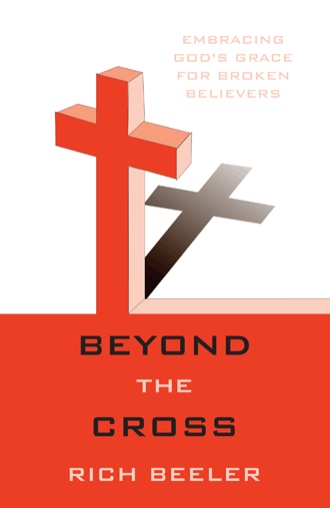 We did not write this book from a perspective of theology or theory. And it is not a made up story. It is as raw and as candid as we could possibly make it. It is written to offer hope to the person reading this right now who cannot imagine how God could ever forgive them, not to mention use them again. This is for people with real train wrecks.

This book is for those people; those precious sons and daughters of God who have seen their dreams turn to nightmares. This book is for the college-age believer that can't even get on the computer to write a paper without being sucked into a whirlpool of pornography. It is for the single Christian girl who can't imagine how she's going to tell her parents she's having a baby. Let alone that she doesn't know for sure who the father is. It is for the young adult believer who can't get a job because of the drug charges on his record. This is for the Christian guy who has lost count of how many girls he's slept with in the past year, and who prays every night one of them isn't pregnant. In the wake of such carnage, the question is always the same. Does God really extend grace and restoration to people who are already redeemed and who should have known better?

As Wes and I share our stories, we hope to do so from the perspective of two Christ followers who have wrestled with that same question. It is one thing for a lost person to make a mess of his life. No one doubts that God's mercy is abundant toward those who do so ignorantly in unbelief. But the truth we have painfully experienced is that many Christians make the same kinds of messes. Sometimes even bigger ones. That is why we are compelled to tell our stories, and to proclaim the glorious truth we have come to embrace. There is a fountain of grace for all who would come to the cross.

Even those who have been there before.

We all think we understand grace. It is God's amazing forgiveness lavished on wicked, unworthy sinners who come to His cross for salvation. But what happens when the wicked, unworthy sinner is already a Christian? Is the same amazing grace as available to believers who have experienced gross moral failure as it is to unredeemed sinners? Does God really extend grace to restore broken Christians to their place in His kingdom? Beyond the Cross is the story of two such believers and their journeys from darkness back into God's marvelous light. Their stories are living examples that God's grace flows powerfully for all who would seek it—from both sides of the cross.

Rich Beeler served in the field of youth ministry for nearly twenty years before becoming director of college ministry at Corryton Church in 2007. He now serves at the church where he has been a member for twenty-five years, and is also the lead communicator for Vision, a weekly gathering of college students and young adults, with a focus on bringing God's truth to today's generation.

Rich was born and raised in Corryton, near Knoxville, Tennessee, where he still resides today. He is a graduate of Gibbs High School in Corryton and also studied at the University of Tennessee.