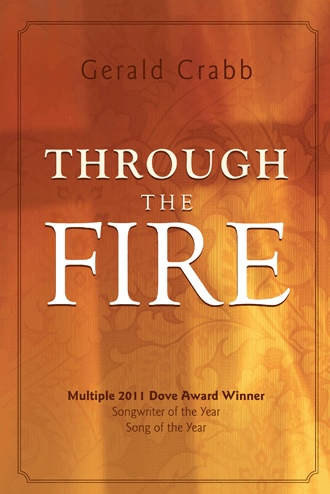 Three months into school and he was doing great. It was time for another MRI. A few days later they received a call with news they had prayed they would never have to hear. The doctors informed them that the tumor was back with a vengeance. They felt the walls were caving in around them once again as their spirits tried to digest this horrible report. They were devastated and heart broken, but they tried so hard not to show their feelings in front of their son. They didn’t want to scare him by their reaction to the news.

On their way home from the hospital, they heard a sweet little voice coming from the back seat, singing one of his favorite songs, “Through The Fire.” Levi sang,

He never promised the cross would not get heavy, and
the hill would not be hard to climb. He never offered
our victory without fighting, but he said help would
always come in time.

Over a decade ago Gerald Crabb sat down at a piano in his home and began to play and sing a few lines of a song that was going over and over in his mind. “He never promised that the cross would not be heavy and the hill would not be hard to climb, He never offered our victories without fighting but he said Help will always come in time.” He knew at that moment that God had put something very special in his spirit. He didn’t know at the time how special it really was, and he had no idea that it would reach out to the masses. Now, after ten years of hearing so many stories and the testimonies relating to the song, he stands amazed.

He feels very honored to have held the pen as God gave the Message of hope and encouragement to his children.

These stories will amaze you and challenge your faith.

Throughout the sickness, pain, suffering, frustration, and even death, their faith and trust in their Lord never wavered.

Step by step, holding to the unseen hand of God he led them, Through the Fire.

Gerald Crab was born in Rosine, Kentucky, a rural town, which is also the birthplace of Bill Monroe, the founder of bluegrass music. He began his ministry and preached his first sermon in a small church near Horse Branch, Kentucky, in the summer of 1973 at age sixteen.

Since then, he has pastored seven churches, two of which he founded.

Gerald and his wife, Debi, make their home in Ripley, Mississippi.  They schedule and conduct approximately 150 dates per year, which include concerts, camp meetings, and revivals.