The Art of Natural Leadership 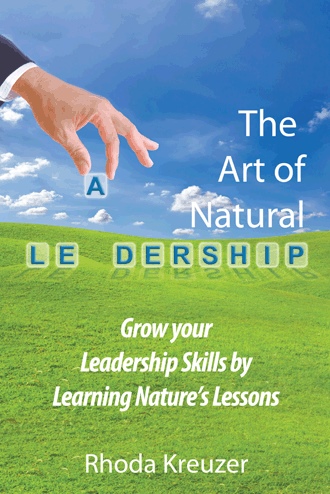 Leaders everywhere are frustrated by the challenges of leading a team, growing the organization, and overcoming a difficult economy. How do successful leaders actually accomplish their goals? Through applying the laws of nature, every leader can achieve his or her goals. Learn from occurrences such as oil spills, wildfires, soil erosion, and more. By observing how other successful leaders have applied these lessons, you will find a path to being an influential leader. This book is written for every leader who desires to excel and refuses to accept second best for his or her organization. There is a growing need for outstanding leaders who will undertake the challenges and lead their organizations forward. Learn how to hire and retain talent, increase productivity, and empower your team to greatness!

Rhoda Kreuzer is a recognized expert in leadership and organizational development. Her firm has worked with organizations of all sizes to revolutionize the workplace and create growth. Their consulting and coaching have brought best practices to clients, providing solutions to complex issues. Her team creates innovative and productive environments within organizations, equipping leaders to develop thriving cultures with a strong triple bottom line. Rhoda brings a love for learning and professional growth to her clients. She challenges them to excel within their organizations and communities.

Rhoda is a longtime resident of Grand Rapids, Michigan, with her husband and son.