having it my way isn’t so great after all 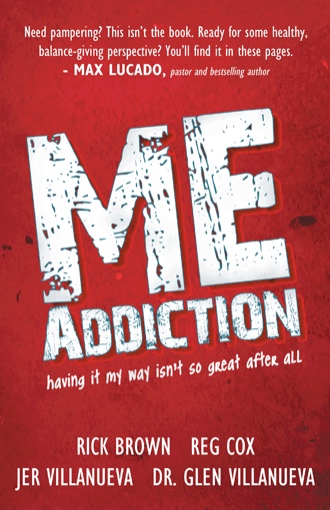 Imagine the kind of world we would be living in if it were ME-free.

Poverty would end. U2 frontman Bono has often said that this generation could wipe out poverty. It is our “moon shot.” How would becoming ME-free help end global poverty related issues? We would live on less so that more could simply live. Sometimes you have to see poverty up close for your world to be rocked enough to see that having it your way isn’t so great after all.

I know. My first real brush with extreme poverty was in a mission trip to Cap Haitien, Haiti. One of my favorite pictures from the trip was taken when a group of us travelled to a remote village to see a water well that had been built to bring clean water to the villagers.

On the way we saw a little boy who looked to be about three years old watching us as we passed. His hair had an orange tint to it. His belly was extended. We knew he was more than hungry. One of our guides called him “Ti Chape.”

This is a book we’ve all been wanting but didn’t know we needed.
--From the forward by Phil and Heather Joel, founders of deliberate People and formerly of Newsboys


It's an addiction. The oldest one.

It has caused every human from the first person to now to navel gaze rather than God gaze. Its tagline is “What’s in it for me?”

It has caused families to break up, portfolios to bankrupt, and individuals to self-destruct. The addiction? The ME Addiction. It’s that ingrained reaction to think of self first and others later. Sometimes much later. It’s the idea that having it my way is the best way. Believing that has elevated our egos, sent us into hiding, broken our community, surfaced anxiety, and saturated us with stress.

But “having it my way” wasn’t the original way. At the beginning, the first response was to look to God. The better question was, “What’s in it for him?”

ME Addiction will help you diagnose the human condition and take steps to a better life. A life that breaks free from the oldest addiction known to humans and begins to live a revolutionary life. The life for which you were created. Discover what a ME-free world looks like, starting here.

RICK BROWN is the lead pastor of ChristBridge Fellowship in Tomball, Texas, in the Houston area since 1999. His church’s mission to “impact the community for eternity” has led him and others to become involved in councils and boards and service groups to help make the city a better place for everyone. Rick is married to Karen and has two sons, Kristofer and Taylor, and one daughter-in-law, Jenn.

REG COX has ministered in the Denver, Colorado, area since 2002. He has spoken extensively for teen and college-age groups and led spiritual renewal events throughout the world. He is married to Amy, and they have one son, Levi, and one daughter, Faith.

JER VILLANUEVA has ministered in Seattle, Washington and Northern California since 1994. He enjoys teaching and seeing others transformed in Christ. He holds a MS in ministry and Master of Divinity from Pepperdine University. He is married to Lyn, and they have three children, Sydney, Elias, and Noelle.

DR. GLEN VILLANUEVA is a family physician serving the underserved in Modesto, California, since 1997. As co-founder of Shoestring Ministries, he is able to fulfill his passion to help heal the sick and minister to the soul. Glen is married to Yvonne, and they have two daughters, Maya and Ani.