The Storms of Life

Butterflies In Tornados, Roses In Hurricanes 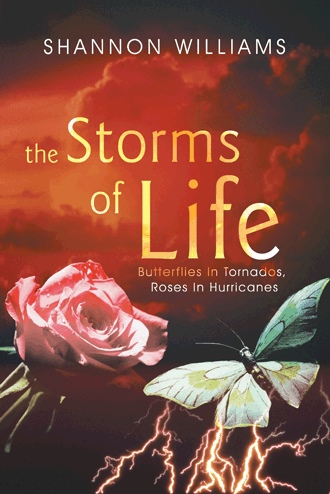 Storm of life- A situation that has a sudden effect on a person or persons. This storm also affects a large number of people in a positive or negative way. This storm has been known to appear to leave, but return with vengeance.

On a bright summer afternoon 10 year old Tasha Griffin sat waiting for her grandmother to pick her up for a trip to get ice cream. As she sat in her pink shorts, pink shirt and white sandals her beautiful bright eyes looked eagerly for the car to pull into the driveway. As she became impatient she decided to watch a quick cartoon couldn’t hurt. Jumping up to grab the remote a sharp pain hit her stomach that sent her to her knees. “Wow” she sighed. Her dad walking by the room noticed her and asked was anything wrong. She smiled, “I guess I moved to fast and hurt my stomach”. They both shrugged it off and sat down to watch the smurfs.
Not long after that the door bell rang and in walked Mama Griffin. The even tempered, mild mannered grandmother sundered in. “Are you ready Tosh” she questioned? “Sure grandma”, she smiled as she grabbed her bag running to the door in anticipation of the cool summer treat.
The afternoon went by as usual, plenty of gospel songs playing on the tape deck and then…

A collection of short stories, The Storms of Life: Butterflies in Tornadoes and Roses in Hurricanes is an inspirational guide to dealing with life’s storms. Life is saturated with storms, situations and circumstances that bring us to our knees and looking for shelter. The storms in our personal lives are comparable to the raging natural storms that radiate from the earth.

In no other time in history have natural disasters been so publicized; the same goes for the storms of the human experience. From the exploits of a popular fallen athlete to the transgressions of a charismatic minister, with modern technology we have become accustomed to having front row seats to both natural and human storms. We are sometimes forced to participate in the storms of others no knowing how they will overcome their issues and having not a clue as to how we can overcome our own.

Oftentimes we take on our own life’s storms with no guide, no compass, and no shelter; we think we have no protector. But as we travel these roads and seas of life, dealing with storms like hurricanes and tornadoes, we are comforted by knowing that we all have a guide and protector to help deal with the storms of life. But we must learn to trust God!

SHANNON WILLIAMS lives in Atlanta, Georgia. He is a graduate of Georgia Southern University, and recently he received his master’s degree in psychology from the University of Phoenix. He considers himself an avid reader, having read over fifty thousand books. Williams writes daily on an inspirational Internet blog, http://inspiresome1.com, and he has a Facebook fan page of the same name. He is a father of two handsome boys, whom he considers to be the joy of his life.