How Bipolar Disorder Altered My Life 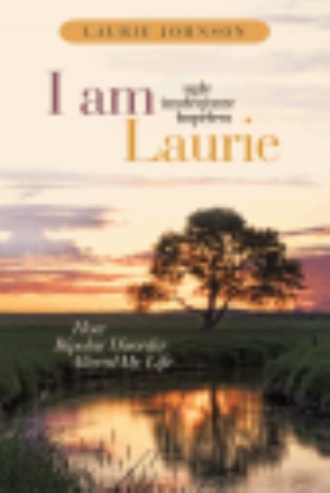 After all of the inconsistencies, I didn’t know what to believe, but one thing was for sure: I was devastated. All of my hopes came crashing down, and the suspicions and questions flooded back. At this time, two of our pastors asked me to go out to lunch with them. As we were eating, one said, “We feel like you are a candle, flickering, almost ready to be snuffed out.” My eyes welled up with tears. Someone had recognized my thinly veiled pain. They prayed with me and tried to encourage me, but to no avail.
Jim and I continued to date for a few months, but it was turbulent, to say the least. Fighting for the relationship beyond what was reasonable, I didn’t think I could reveal to another man what we had done together physically. No one else would want me. I was used material, impure and worthless. Beyond miserable, I finally decided to end my life. The despair and darkness were palpable. It was difficult to face another morning, and there was no joy, even on sunny spring days. I was wounded deeply, unable to care what it would do to Jim if he felt any responsibility for my death. I was a failure. People I met would say I looked familiar, but they couldn’t place me. I wanted to scream, “I’m Laurie Holm, the runner!” Didn’t anyone remember me? The girl with such high hopes was reduced to nothing. After contemplating suicide for quite some time, the pain absolutely became unbearable. It lasted around the clock, never retreating.
At that time, I believed I would go to hell if I took my own life, but I was already in hell now. Could it be any worse? I could not go on. Now all that was left was to decide how to do it. I considered shooting myself in the head, but I didn’t want to make a mess at my parents’ house. After all, this wasn’t their fault. I thought I might take pills, but how many and what kind? I didn’t want to increase my pain by becoming violently ill yet not accomplish the goal.

I realized after my diagnosis four years ago that having bipolar disorder does not define who I am as a person. For close to three decades, I battled an unknown adversary, believing I was just sinning because I wasn’t choosing happiness. The story is composed of trials from my life, including a turbulent relationship; hopelessness and thoughts of suicide; the abandonment of my Olympic dream; the death of a son in my arms from a genetic disorder; the early end to my teaching career; and the suicide of my nephew. I can now see how my undiagnosed bipolar disorder affected my decision-making ability, my relationships, my joy, and the goals I once had for my life. It is a story of triumph in the face of adversity, one that tells how God has given me a meaningful life even though things haven’t turned out how I originally envisioned.

Laurie Johnson was born in Sioux Falls, South Dakota, the youngest of six children. At an early age, she moved with her family to Missoula, Montana, where she currently resides with her husband of thirty years. They have two grown sons, a daughter-in-law, a future daughter-in-law, and a grandson.

Laurie attended Montana State University, where she competed in track and cross country until marrying and returning to Missoula. She finished her undergraduate work at the University of Montana and received her BA in elementary education in 1991.

Currently, Laurie is a downtown ambassador for the Business Improvement District of Missoula. Her ultimate goal is to minister to people with brain disorders and offer a message of hope, both through her writing and speaking engagements. She would also like to help end the stigma associated with mental illness by sharing her story with the general public on this very important topic.