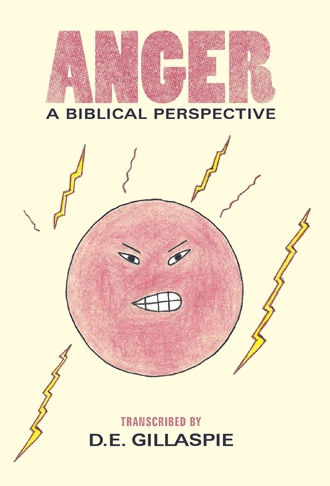 Anger Created a Nation - Jacob ran from his brother, Esau's, anger because he had taken advantage of him twice in trading for his birthright and stealing Esau's blessing. As was noted earlier, Esau purposed to kill Jacob. He went to his uncle Laban's house in Haran. He met Rachel there and fell in love with her (Genesis 29:18,30). It was determined that Jacob would work for Laban seven years then be allowed to marry Rachel (Genesis 29:15-20). When the time had come for Jacob to receive his bride, his father-in-law sent Leah, the eldest sister, to Jacob instead of Rachel (Genesis 29:21-25). Leah being the oldest had to be married before the younger sister (Genesis 29:26). Laban struck another deal with Jacob to marry Rachel. Another seven years of servitude (Genesis 29:27,28). Leah and Rachel were daughters of a wealthy man and were used to being waited on. Laban gave them maids from his own staff to carry on this tradition. To Leah he gave Zilpah and Rachel he gave Bilhah (Genesis 29:24,29). Even though Jacob now had two wives, he loved Rachel more than Leah (Genesis 29:30). He wanted her in the first place!! God honored both marriages and seeing that Leah was mistreated, He “...opened her womb: but Rachel was barren.” (Genesis 29:31). This would indicate that often they who are despised by men are favored by God. Leah gave birth to four boys, Rachel's jealousy got the better of her and she confronted Jacob. “And when Rachel saw that she bare Jacob no children, Rachel envied her sister; and said unto Jacob, Give me children, or else I die. And Jacob's anger was kindled against Rachel: and he said, Am I in God's stead, who hath withheld from thee the fruit of the womb?” (Genesis 30:1,2) Rachel was so intent on having children that she gave her maid to her husband to bare him children on her behalf (Genesis 30:3-8). A competition began between the sisters. Leah had stopped producing, so not to be out done, she gave her maid to Jacob (Genesis 30:9-13). I found it amusing that she named one of her sons 'Gad.' The Hebrew translation is troop or large company. Genesis 30:11 reads, “And Leah said, A troop cometh: and she called his name Gad.” This being Jacobs seventh son, this comment of Leah's could be translated in today's phrasing as, “It's on!!” When the sister's contest was over Jacob had twelve sons and one daughter. God uses our weakness's to bring about His plans. He had promised Abraham that his seed would be a mighty nation. Who would ever imagine that he would use Laban's duplicity, Rachel's jealousy and Leah's competitive natures to fulfill His plan. Basically it was jealousy that made Jacob's family so large!

Is your anger according to God's design or Satan's? The Bible has many things to say on the topic. There is scriptural guidance and direction on this characteristic. Did you realize that God gets angry? Whatever you are angry about, it is probably not as silly as the king who replaced his queen because she would not show herself off in front of his guests at his drunken feast. The story is inside, and so is the way God used this situation to save His chosen people. Don't have time to research all the appropriate verses? You don't need to. It's all inside.

Dale Gillaspie is a layman with a strong desire to know more about God and His purpose for our lives. Therefore, he spends a lot of time in prayer and Bible study. He has taken the Scofield Bible Correspondence Course, offered by Moody Bible College located in Chicago, Illinois. This book is the result of the expression of extreme anger in all phases of his life and the desire to be delivered from this devilish torment. He turned to The Bible for answers. This exhaustive research created volumes of notes. These are scripturally backed evidence for God’s anger and evidence of the anger of the characters we know from the Bible. Dale looked for the source of his anger in the Scriptures and soon realized the Bible was not about him. Once he removed himself from the equation and concentrated on the Word of God, he was delivered of his severe anger, and his notes became this book. He soon   noticed others around him had the same problem. We all need help, and God is the only solution.