Living Life In The Spirit 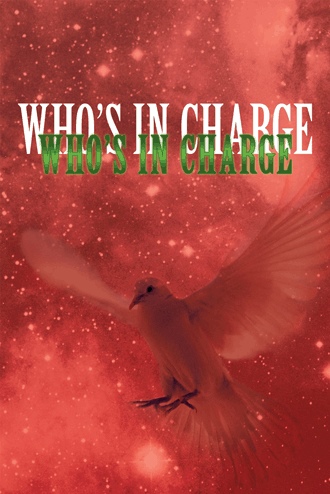 JESUS - A Look at our Savior He is more than you could ever imagine. There are many who do not receive Jesus as the Son of God; they say God has no Son, which is very stupid. The problem with most people is they just do not know how awesome He is. Why, because not many of us even as believers ever search the scripture to know about our Lord, if we did there would be no confusion about my Jesus being the Son of God. So let us take a trip down the road that is full of power, majesty and royalty. In the beginning was the Word, and the Word was with God, and the Word was God. The same was in the beginning with God. All things were made by Him; and without Him was not any thing made that was made. In Him was life; and the life was the light of men. He was in the world, and the world was made by Him, and the world knew Him not. He came unto His own, and His own received Him not. And the Word was made flesh, and dwelt among us, (and we beheld His glory, the glory as of the only begotten of the Father,) full of grace and truth. (John 1:1-4, 10, 11, 14 KJV) There should be no question about how you got here and how our God was creating, by His word of power - Jesus. You see, there were no great philosophers there to give their opinions. Buddha was not there neither was Muhammad, no matter how hard I look I cannot find the Pope, puechellah was not there, I cannot find the Mormons, nor any of these other gods and religions, that men and women are worshiping. I can only find THE FATHER, HIS SON, and THE HOLY GHOST. If I left out someone I did not mean too” but I am sure that you get my message. Now does anyone want to dispute this, take it up with the word of God’ JESUS. The Father drew up the blue print, the Son built you, and the Holy Spirit gave you life, anything else is a lie. Every one of these imitators have taken portions of God’s word and made their own god. OK let us look at a name that identifies Jesus in the Old Testament.

How many times do we as believers find ourselves on the wrong track trying to do the will of God but accomplishing nothing? How many times must we point our fingers at our pastors and Bible study teachers and blame them for all of our short-comings? It is time for us to learn who is really in charge— a very hard task for many of us because we are so use to blaming others for some or all of our faults.

When you finally begin to face reality, you'll soon discover that you and you alone are responsible for the fix that you are in. Even so, they—your pastors, Bible study teachers, and the like—are still held accountable because they are preachers and teachers of the gospel. There are many scary believers out there who will not say a word for the gospel; you too are accountable for not spreading the word of God. God cannot use a wall-flower; you are not even good for yourself, and you must walk in the love of God in order to be useful to the name Jesus. If not you are not walking in the promise, then you are no good to the gospel. It is no longer about you once you cross over; it’s about Jesus in you, accomplishing the will of the Father.

When you read this book and you get offended in any way, you just keep on reading; the Holy Spirit will open up the pages of these words He has provided to us.

May the Holy Spirit bless you richly in Jesus!

Nathaniel M. Carswell Sr. was born in Fort Pierce, Florida. He graduated from high school at Fort Pierce Central and from there joined the US Air Force. After the Gulf war, he retired from over twenty years of military life. He has two sons, now young adults.