Helping Friends Deal With the Loss of a Child 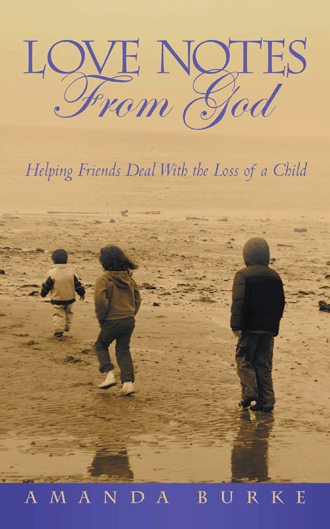 Most of us don’t start out with the thought that we want to reach out to grieving families. In, fact, most of us wouldn’t think of it at all unless somebody close to us has to deal with the death of a child. And suddenly it affects us, and we need to know what we can do, and we find ourselves completely unprepared. So the most practical question we have to ask is “How can I help?” What can I literally do to reach out and be helpful right now?
In this, we must remember that everyone deals with loss differently. Not everything listed in here will help every mother. When in doubt, ask.

♥ Pray for her
2Corinthians 1:3-4a “Praise be to the God and Father of our Lord Jesus Christ, the Father of compassion and the God of all comfort, who comforts us in all our troubles.” (NIV)
God is the biggest source of comfort for anyone, in any situation. This is the one thing that will be helpful to every mother. Prayer is something we can do without ever having to leave our homes. But it is also a good thing sometimes for a woman to literally hear a person praying for her. It brings a kind of peace not able to be obtained otherwise.

♥ Read her Scripture
There is something about having Scripture read out loud that is calming and comforting. Many of the Psalms can be helpful. Here are also a few other verses:
2Samuel 12:23 “ But now he is dead,...I shall go to him, but he shall not return to me.”(KJV) King David anticipated seeing his baby boy in Heaven one day
Matthew 18:10 “See that you do not look down on one of these little ones. For I tell you that their angels in heaven always see the face of my Father in heaven.” (NIV) Our children really do have angels watching over them in heaven.
Psalm 30:5b “Weeping may endure for a night, but joy comes in the morning.” (NKJV)
Philippians 4:19 “And my God shall supply all your need according to His riches in glory by Christ Jesus.”(NKJV)

Grief and loss are taboo subjects. A mother doesn't want to talk about her child who died. Or does she?

A woman who miscarries isn't losing as much as a mother who loses a newborn. Or is she?

A father doesn't grieve as much as a mother. Or does he?

Our culture is full of misconceptions about grief and loss.

Few mention the thousands of miscarriages and stillbirths, the babies and small children who die every day, leaving parents with empty arms and grieving hearts. The journey through grief can be long and lonely for the families left behind.

Love Notes from God examines how parents cope when they go through a miscarriage or lose an infant. Find out what you can say or do to help them, and also learn what is never appropriate to say to someone who is grieving.

In the last decade, Amanda Burke has met several women who have had to endure the loss of a child.

Amanda has lost three children herself and finds it disturbing that in such a time of personal crisis, few people know how to respond in a truly helpful way. Amanda has three children at home and is proud to be an air force wife of ten years, soon to be stationed in Elmendorf, Alaska.