a journey revealing the Truth of marriage 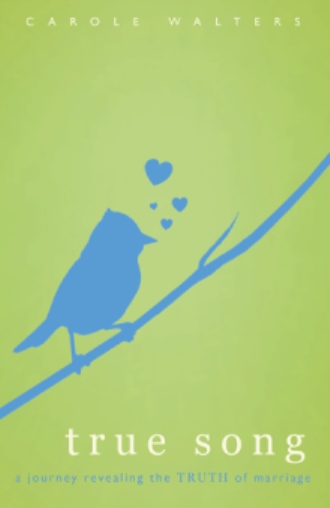 Finally, one sunny morning, Married was roused by the cheerful chant of a Song Sparrow. She recognized Prophet’s familiar bright notes followed by his sequence of warbles. Curious, she stretched her nape and spotted the bird perched on a low shrub in an open area. Married was dizzy with excitement, but horrified at the thought of being seen in such an unflattering position. She wanted to scream for help. Instead, she silently gasped. It’s Prophet, he’s here.

Prophet fluttered to the thorny patch that entangled her. Just as he had seen into her hiding place in the Cypress tree when their eyes first met, there he was peering into the thorny briar. “Beautiful Married, live!” The sleeping rats scurried at the sound of his voice. “Don’t be embarrassed, I want to help you. Now listen, fear has paralyzed you. Free yourself. You should have no problem.”

Bleeding, hungry, trembling, and stripped of most of her feathers, Married crawled through the thicket and made her way into the rich, warm water, tasty with insects. Enjoying the moment, dunking her head and splashing her wounds, she caught a glimpse of Prophet who flew further into the river maze. She wondered where he was going.

As she attempted to follow, for fear of losing him, she pumped her wings, skimmed the water, stopped, and floated in forward motion. Forced to swim, she paddled downstream. Prophet called to her from a branch. “I watched you suffer greatly. I was there in the garden lagoon when you were humiliated. It’s not you they hate, Married, but me,” he said. “They’ve rejected you because of me.”

Prophet waited as Married swam toward him. She hung on each note, desperate not to lose sight of him. She dodged a floating log that drifted with the slow current and found the edge of the river where the water was shallow enough for her to stand up. “You were there at the lagoon?” she said.

“Of course I was. I came to lead you safely down the narrow path, avoiding those nasty thorns,” he added with an irresistible smile. “Do you remember Counselor’s instructions to wait there?”

“I remember,” Married said, “but I was afraid. Charlatan accused me of doing something terribly wrong. She said horrible things about you too, Prophet. Did you hear what she said?”

“Yes, I did, and I’m proud of you for facing up to her. I know what it’s like to be scolded and misunderstood by your friends.” Prophet’s voice echoed on the river. Married listened, still standing in the water. “It’s painful, and to be rejected because of your loyalty to Counselor’s truth, that’s more painful than anyone can imagine.”

“It hurt, sickeningly,” she chimed in, seeing her own reflection in the water.

“Of course it did,” he said. “But you were right to let it happen. I know it’s hard for you to understand. And it does indeed seem cruel.”

“My new friends,” she said. “I treasured those relationships and now they’ve been taken away from me.” She grasped the muddy river bottom with her claws. “I could hear the noisy flock above me.” The tiny sparrow stood tall, balancing against the current. “I heard their chatter, but I ignored their looks of despise. I know the truth and I know the lie. I am on the side of the truth and there is no question in my mind about it. My conscience is clear,” Married said, gaining confidence, but sinking into the river bottom. She released her grip, and floated along with the current, leaving a swirl of silt behind her.

Prophet flew over a patch of fragrant swamp lilies, across the river, and onto a low branch next to a brown patterned snake dangling from it like Spanish moss. Again, Married followed, swimming through the water lilies. She kept her eye on the snake that leered at her as Prophet began to sing a new song.

“I was thrilled to hear that you accepted Counselor’s proposal.”

Married blushed, looking up from the lilies.

“He’s hand selected you for me and I’m delighted.” Enjoying the fragrance and forgetting about everything that frightened and troubled her, she listened to Prophet’s cheerful trill, basking in the moment.

“But who am I, Prophet, that Counselor would select me to be your bride? Why me?”

“Because I wanted you,” Prophet said, his eyes piercing hers as she moved through the water.

“But I have nothing to offer. I’m plain and unimportant. I can’t even sing. What could possibly qualify me?”

“Nothing qualifies you Married,” he said. “I just love you. I love everything about you. And no matter how unworthy you feel, I know the goodness in you. You’re precious to me. Truly Married, I couldn’t bear to live without you.”

Married held his look, gliding past the lilies and across the river to meet him. She felt as if she was dancing with her beloved. But almost as soon as she reached him, Prophet’s smiling eyes turned serious.
“Married, you must get yourself ready for our wedding celebration. I will return for you soon.” Again he buzzed, “I will be coming back for you soon.”

“But Prophet, you’re here now. Please don’t leave, I need you. I’ll be all alone on this river and I’ll never survive. I don’t even know where I’m going. How will I ever find you?  How will I find my way home?”

True Song is an allegory dramatizing the faithful journey of the Church as she is challenged to abandon herself sacrificially in pursuit of her beloved Bridegroom, Christ. Conveyed with fable-like simplicity, it is the tale of a songless sparrow named Married whose heart is awakened to a new hope.

Follow the enraptured Married as she is lured away from the stifling isolation of her husband, Loneliness, and into the swampy unknown, on the promise that she is to become the bride of the charming and magnetic Song Sparrow, Prophet. But how is this possible? she wonders. For I am already Married.

Caught in a scandalous affair, Married follows the course of the river through perilous twists and turns, desperately dependent on the guidance of Counselor and her companion in longsuffering, Faith. Learn how Married, through her adventure filled with astonishing surprises, gains insight into the wonderful mysteries and fulfillment of her marriage to Loneliness, and the significance of her two chicks, Meaning and Purpose. From the silence of the river, she emerges and returns home to River Acres Park with her True Song, proclaiming Counselor’s faithfulness.

Experience the blessing of God’s unlimited ability to transform love and marriage.

Carole Walters graduated in journalism and creative writing from Arizona State University. For many years, she ministered in the inner-city shelters, soup kitchens, and prisons of Tampa, Florida, and wrote studies, sermons, devotions, and skits. A wife and mother, she now lives near Greenville, South Carolina.