A true story of recovery from addiction 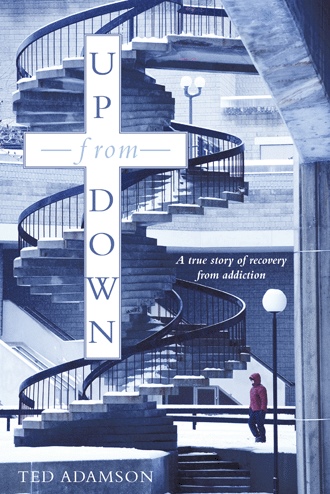 Up from Down is not a book about gloom and doom, but an inspirational book that offers hope to all who have faltered. Strung out on heroin, Ted Adamson began his journey with a SWAT team descending on a pharmacy to stop his wild rampage in search of drugs. From the cruelty in the county jail to race riots in state prison, the hard, gritty life of a drug addict is portrayed in all its real-world ugliness and despair. Join Ted as he gives us a picture of what the life of a junkie is really like.

Look inside the dark side of drug treatment programs. From the bizarre therapies of the Synanon-like Family to the modern twelve-step programs, you will see what passes as treatment in the modern recovery movement. Up from Down takes readers to the depths of human degradation then brings them back through a journey of redemption.

Ted Adamson, former junkie, takes readers on a journey through jails, prison, a Synanon-like program, and AA. On the way, he shows the dark side of treatment and ultimately how he found redemption that none of these places could really offer. Ted currently lives in serenity in Southern California. He has been off drugs for thirty-five years.