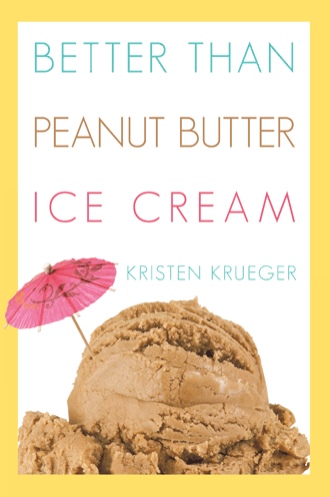 Chryssa skidded to a halt and, despite the urge to run, and sedately walked the rest of the way to her desk outside of Mr. O’Neil’s office. Praying that he would either be late himself or out for a meeting, she slipped into her chair and took in a quiet breath. Just as she was settling into a task of proofing the outgoing mail, her intercom beeped. She froze. Uh-oh. He must know. She stood from her chair, smoothed her hands down her skirt in a subconscious gesture, and walked briskly through the door. Just calmly explain why you were late and apologize. Of course he’ll understand. Please let him understand! “Yes, sir?” she asked, forcing a cheerful confidence she didn’t feel. The desk chair was swiveled towards the window, so all she could see was the back of his head; not a good indication of what kind of mood he was in. “Miss Moore…” he drew out her name. “Y-yes, sir?” she repeated, all traces of her confidence completely gone now. Her legs began to quiver beneath her, despite her vital attempt to keep them steady. The chair swung around swiftly then, and she braced herself for a lecture on the importance of being on time. Instead, she was greeted by an unfamiliar smirk on an unfamiliar face. He intently watched her for a moment. Then he spoke. "I'd like a cup of coffee, please. Black." "But...where's Mr. O'Neil?" she asked, unsure of what measures she should take. Call security for assistance? Demand to know what he was doing there? Pick up the lamp on the table by the door and smash it over his head? He got up and came around the desk. Once he stood in front of her, he folded his arms across his chest and regarded her with a pair of piercing green eyes. "I'm right here, Miss Moore; but I suppose you were referring to Mr. Alfred O'Neil, correct?" She nodded, feeling her face flush, both from his scrutiny and from her confusion. She wanted to get a grip on herself. Their roles were terribly reversed; she should be the one to be confident and in control, seeing as how she wasn’t the one who had just broken into the office of one the most prominent lawyers in New York. But he had her so flustered, she didn't really know what to do. Did he really think that she would actually believe he was Mr. O'Neil? She began inching over to the lamp. It would be messy, but at least it would stop this imposter and give her time to think about what should be done. "In that case, I can't help you. Actually, I had hoped you could tell me where he is. You see, he is my father. I came to speak with him this morning and found his office - including the secretary station - completely uninhabited. The office does open at nine, does it not?” he asked innocently, but his grin was mischievous. Again her face burned. She knew what he was implying. She just wished she knew him enough to know if he’d really inform his father of her tardiness. As it was, she knew nothing about him. It wasn’t a comforting feeling. "Anyway, allow me to introduce myself. I'm Colin O'Neil," he continued. He extended a hand for her to shake. She took and let it go quickly, wishing all the while that she could just ignore it instead. But she decided it was best to never let a potential enemy see you squirm, so she feigned every ounce of confidence she could muster. “Nice to meet you. Now if you’ll excuse me, I have work to do.” She pivoted on her heel and marched for the door. “Um, Miss Moore?” Chryssa reluctantly stopped and looked at him over her shoulder. “Yes?” He was certainly doing a number on her blood pressure. "I'm actually still waiting on that coffee..." he prodded, pointing to an empty mug. Hand still on the doorknob, she shook her head. "I'm sorry, but you are not the Mr. O'Neil that I work for. I have other things to attend to." That cocky smirk appeared as he slipped his hands into his pockets. "Okay. I was just thinking that, you know, it’d be a shame for my father to hear about how I had to brew the coffee myself this morning because his secretary was late.” He winked. "Is...is that blackmail?" Chryssa's asked incredulously, mouth falling open. "No, indeed not. It's just our friendly terms of negotiation." He perched on the edge of the desk and tapped a lazy beat against it with a pencil. The upper hand was his. He’d won the battle, and he knew it. Now he just waited for her obvious surrender. Of all the... she inwardly seethed, then hurried to clamp her tongue between her teeth in order to keep her anger from escaping her mouth in words she would regret. He is the boss’ son, he is the boss’ son, he is the boss’ son, she reminded herself over and over while she stomped over to the coffee maker and fit it with a filter. Too bad she didn’t have any arsenic on hand. I’ll have to pick some up when I get the shampoo. Colin smiled sweetly at her. "Don't forget. I like it black."

Chryssa Moore never realized what phenomenal parents her brother and sister-in-law were until she became the guardian of their six-year-old son after their deaths.

Thrown into parenthood and the challenges that come with it, her life undergoes a dramatic change. Although she loves Trace like she would her own son, it’s a hard adjustment. Babysitters and bedtime stories become just a normal part of her day, right along with her demanding job in a law office and dealing with the less-than-perfect relationship she has with her boyfriend.

And just when it seems like things could not get any more out of control, the biggest problem of all falls right into her lap in the form of a vexing stranger whom she finds way more attractive than she cares to admit. It’s going to take more than a spoonful of peanut butter to help Chryssa cope with this one. She’s going to need faith, lots of prayer, and the not-so-subtle guidance of her loving friends.

Kristen Krueger has loved storytelling from a very early age. When not writing, she can be found in the kitchen, concocting desserts to satisfy her chocolate addiction. Kristen lives in Milwaukee, Wisconsin, with her dog Josie, a border collie mix.