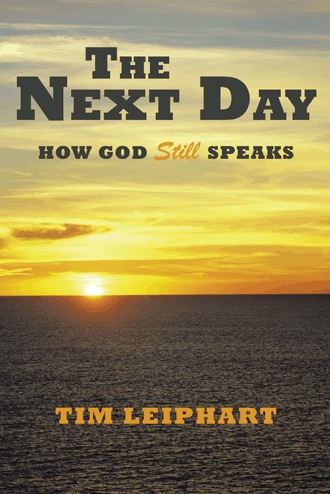 How urgently do you want to see Jesus? Our brother Frank preached a timely message about Zacchaeus from Luke 19:1–10. I’ve been reflecting on parts of verses two and three: “There was a man … he was trying to see who Jesus was …” Here’s a man who wanted so badly to see Jesus that he risked the reputation of his high position—and possibly life and limb—by climbing a tree to see over the crowds. You don’t generally see a public official skinning a tree to get a look at the local pop star, but this guy, at his very core, realized he was missing something in his life and maybe Jesus had it.

There was something different about this Man that attracted all types of people to Him. Is He attractive to you? Lately I’ve been praying for certain people that God would reveal Himself in such a way that they can’t resist Him. “Draw them to You, Lord!” Occasionally I get flabbergasted at some people’s lack of desire to see Jesus. Almost every Sunday morning, if you’re even remotely aware of your surroundings, you’ll see someone who’s totally distracted from the purpose of our gathering. It’s too hot; it’s too cold; the music’s too loud; there aren’t enough hymns; the traffic outside is too noisy; and on and on. It wouldn’t kill some of us to sweat a little, while others might benefit from chilling out a bit—it all seems to work out in the end. And I’ve never yet heard a song sung in church that didn’t glorify God, regardless of the tune accompanying it. Look for Jesus!

I wonder if the description in the text about Zacchaeus’ short stature couldn’t also apply to the shallowness of our character. Often we are just like the disciples in Luke 9:46: “Then a dispute arose among them as to which of them would be greatest.” Whose ministry is most important? What project can I elbow aside to get a larger piece of the budget? Hey, she parked in my spot! It’s not enough that God “gave the right to become children of God to those who believe in His name” (John 1:12), we’ll just usurp the throne while we’re at it, thank you very much. I recall one other Bible figure who tried that—didn’t work out too well for him.

I wonder too if we aren’t the crowd that was preventing Zacchaeus from seeing Jesus. Most people won’t have enough interest to climb the tree, so if we are blocking their view they’ll just go away. How many lost sheep are wandering around aimlessly because they can’t see through our hypocrisy, anger, hatred, personal agendas, and self-righteousness? Right now, as you’re reading this, there is a group of persecuted Christians somewhere in the world in a dark room with the blinds drawn reading in hushed voices, by candlelight, a smuggled page of a Bible. And they worship at the risk of their lives. They climbed the tree.

Is it possible to spend an entire lifetime running as hard as you can, only to look up, sweaty and panting, and find that you’ve barely left the starting line? It’s very easy to get off track without the clear and steady voice of God directing and guiding you to the finish. But what does God’s voice sound like? What is He saying? Where is He leading? God speaks into the everyday life of the Christian, and the language He uses doesn’t require a seminary degree or a position on the church staff for understanding; God asks only for eyes to see and ears to hear. Fishermen and tax collectors learned many of their most valuable lessons when they followed Jesus out of the synagogues and into the streets, marketplaces, hillsides, and seas to discover how God still speaks. Let’s join the conversation!

I’m so anti-self-promotional that it can sometimes be embarrassing. While interviewing a potential new employee a few years ago, I found out from him that I was known in the local industry as The Phantom. I laughed out loud and asked why. He told me that everyone knew my name and where I worked but few had ever met me. Well, in business it’s generally good practice to be networking, putting your face on billboards, shaking hands, kissing babies, and so on. I never liked much of that; my focus was always on promoting my team, providing them with the best resources available, pushing from behind when fear set in, and making sure the product got delivered—sort of like an invisible cheerleader. The end result was that we usually placed at or near the top of whatever category we were competing. And that’s what mattered; results are what pay the bills, not hot air. But I understand that who I am may matter to you if you choose to take any of this material seriously.

I’m a preacher’s kid; actually, I’m number four out of seven. I grew up in different parts of rural Pennsylvania as Dad moved around starting new churches. I heard about God at every meal, after school, before bed, during birthdays, on vacations, in the bathtub, standing in the corner, and, of course, on the mandatory Wednesday nights and Sundays. In fact it seemed like every day was Sunday. That may be a little dramatic, but it reminds me of Deuteronomy 6:7 in which God instructs His people how to best remember His words: “You shall teach them diligently to your children, and shall talk of them when you sit in your house, when you walk by the way, when you lie down, and when you rise up.” I guess Dad and Mom were smarter than I thought they were. But Dad didn’t subscribe to any denomination, label, or brand in his preaching, deciding instead to just proclaim the good old gospel straight out of the Bible. The idea that what God thinks is the only thing that really matters kind of stuck to me and it has created no small obstacle in growing some of my relationships. The apostle Paul wrote in Romans 12:2 that we should “not be conformed to this world” and I’m sure he was right, but it certainly makes living in this world a bit more of a challenge.

At this point in my life I’ve invested in twenty-seven years of marriage raising two children, worked almost a quarter of a century in various aspects of the sales and financial services industries developing large databases of clients, served as chaplain on the boards of two nonprofit organizations, and labored for years in church leadership and teaching, but I have to admit that I still struggle to relate to people. I’m convinced now that the constant immersion in the Scriptures from conception to diploma had a great deal to do with forming the way I think and how I view things—often very much against my own wishes. I can recall many times when I chose to do the wrong things with my friends simply to avoid being singled out as the preacher’s kid. But, to twist a metaphor, putting on wolf’s clothing didn’t change the fact that I’m a sheep. And the Good Shepherd didn’t let me forget it, either, because He seems to have a big thing for community and fellowship so He refused to let me stray very far.

They say that the apple doesn’t fall far from the tree. Perhaps I’m more like my dad than I thought because I find myself constantly preaching something to somebody, although I still don’t know what I want to be when I grow up. Maybe these letters are a partial attempt at discovering my true identity as well as a renewed effort at connecting with the flock. The only thing I know for sure is that God knows, and I can trust Him as I take each step forward.