"It's Okay, You're With My Father"

(A Child Abuse Investigator's call to the Church) 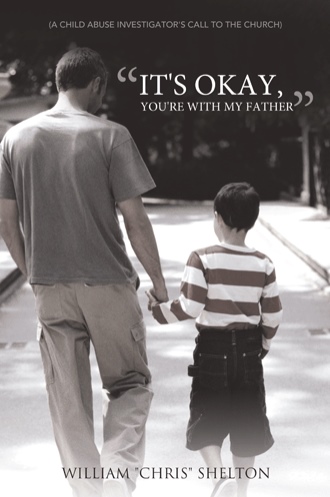 We had only just been there when a police car pulled up and one of the boys said, “Oh great, the cops hate me”, but my son quickly and confidently replied, “Its okay, you’re with my father”. I worked in child protective services for the state and was known by all the local law enforcement officers, but I was touched by my son’s confidence and immediately thought shouldn’t we all be just like that with our Heavenly Father? Unfortunately, we have an entire generation of kids out there who are being raised without fathers. The police had been called to the house on a domestic disturbance. One of the teenagers’ father (who they sadly described as “the sperm donor”) had shown up and gotten into an argument with the boy’s mother. The “argument” had been bad enough that the neighbors had called the police. I stayed to support the police officer just in case things got out of hand. The father, though belligerent with the officer, left without incident. I was further touched when one of the teens looked at me and said, “One day I’d like to help people like you, too”. I actually knew my son had been witnessing to this boy at school due to a phone call from a well-intentioned teacher, who expressed how highly she thought of my son, but was concerned “with who he was hanging out with”. I remember smiling when I realized where the conversation was going. I asked if my son had been doing anything wrong while with this young man and was told no. I then asked if the young man was doing anything wrong while with my son and was again told no. I thanked the teacher for her concern and asked that she call me if she ever saw them doing anything wrong while my son was with this young man, but I assured her that if my son was hanging around with this person, he was probably telling him about Jesus! The teacher had been well meaning and, had actually gone the extra mile to call me, so I was appreciative, but I also thought that it was sad that she didn’t see past the troubled teen’s exterior and realize the dysfunctional home in which he was trying to survive, let alone thrive. Sadly, I also looked around the neighborhood and wondered how many Christian families lived there who could have reached out to this family.

“The book It’s Okay, You’re with My Father: A Child Abuse Investigator’s Call to the Church, by Chris Shelton, is the inside story of one who has been there, one who has worked with victims, but one who still had the love of Christ in him when dealing with perpetrators. There was never a task too small or too large for Chris to tackle if it helped to find justice for victims or their families. Chris stood for the children, and often the terms of justice were creative, sometime amazing, but always filled with his prayers. While reading the book, I could visualize the characters and could see Chris giving support, but never losing sight of the importance of his belief that we are all children of God. I always felt during an investigation that Chris Shelton had my back. He took small pieces of evidence and worked with each piece until the justice system had the whole. I am honored to recommend this book; it is written by a man who has been in the trenches but did not forget what was important.”

Chris Shelton is a former special agent, child abuse investigator, and pastor. These roles have allowed him to expose the darkness of sin that has robbed millions of children of their innocent, formative years. Like a seasoned agent, he extracts the negative and as a pastor points people towards the positive with compassion and restoration. Chris’s wife, Jackie, overcame abuse herself in her own life. They live in northeast Arkansas and have a teenage son, Adam.