Prophetic Gifts of the Holy Spirit 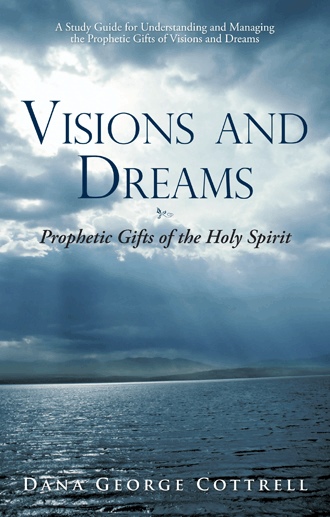 A vision is something seen in the mind while awake. It’s like a supernatural appearance in the spiritual realm. It consists of dark sayings which are hidden messages that must be interpreted to discover the meaning. They differ from dreams in that a dream consists of images passing through the mind during sleep. From my experience, visions seem to fall into two categories. One category consists of fixed objects that are symbols and types of a hidden saying. The other category consists of images in motion such as a horse and rider.

Some images are in black and white. Others are in vivid colors. The images are in focus, clear and crisp. When the visions appear, I feel like I’m in a hypnotic trance. There can be praying or harmonious singing/music in the background, and I will not be distracted. However, sharp noises or distractions such as a baby crying, a ringing telephone, a loud voice, children running about, or a clanging symbol will distract me from the vision. I have had a vision broken up by such distractions in one Sunday service only to have the vision completed during another service.

Most visions occur during prayer sessions. Some occur while awakening from sleep. Others occur during worship or by simple meditation during my own quiet time.

Occasionally I will question the meaning of something seen with the mind’s eye, and I will hear an answer with the mind’s ear (like an inserted thought if you will). Most of my visions are written down. They are titled and dated. I generally describe the background. For example, if the theme of a prayer session is on church growth, this is important as it may help to interpret the vision. If I ask a question, the background is the asking of a question. However, the vision may not relate to any particular issue going on in the background. The Lord may simply want to get a point across. 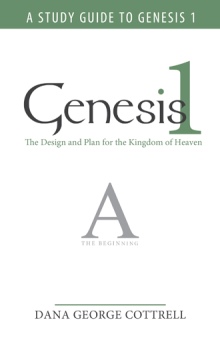 People make the decision to become one of God’s believers for many reasons. For some, it is a long process. Then something happens to bring them over the line between doubt and belief, and they become God’s beloved child. In some cases, that something is a prophetic vision or dream. Visions and Dreams: Prophetic Gifts of the Holy Spirit is based on prophetic visions and dreams that author Dana George Cottrell experienced over twenty-three years. At first, those who experience these visions and dreams may be frightened and confused. The author shows there is no reason to be. You will learn receiving, interpreting, and sharing these communications is a maturing process. Without a source to assist someone who just received the gift, the process of interpreting vision and dreams can be quite a struggle. The author shares some of the dreams and visions he has experienced to help you understand and interpret those you experience. You’ll also learn how to use those interpretations. After all, if used incorrectly, these gifts will be taken away.

If you have experienced prophetic visions and dreams and want to know more about them, or if you are simply interested in the subject, Visions and Dreams: Prophetic Gifts of the Holy Spirit will help you understand and interpret these special gifts from God. You’ll learn there is no reason to fear these signs of God’s love for you.

Dana George Cottrell earned a bachelor’s degree in electrical engineering from the University of Maine and a master’s degree in biblical studies from the Mission Bay Christian Fellowship School of Ministries in San Diego, California. He’s the author of Genesis 1: The Design and Plan for the Kingdom of Heaven.