He Is Your Husband

"I Know You Are My Wife" 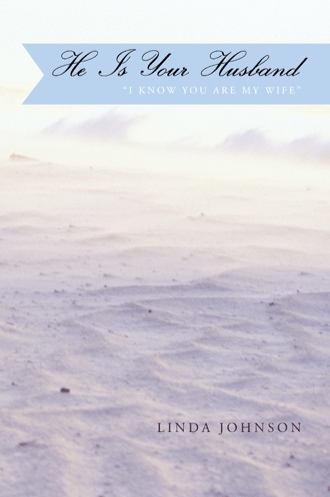 Near the end of Robert’s communication, whereas he was he opening his heart to me, he turned to face me saying, “When I saw you driving on the freeway, “I know you are my wife." He paused and said, again, “I know you are my wife.” I am here holding your hand, and I know you are my wife.” Eventually, I pulled over and what a journey to embrace and endure. He came to visit me since the first time we met on the freeway about six or seven days later during our second visit, “I knew when I saw you driving on the freeway, you were my wife.”We met in September1995, and he was deployed to Bosnia at the end of December 1995. I assumed he was shot down in Bosnia. I lost all the information he gave me, when I moved twice. I forgot his last name. I dreamed of him after fifteen years fifteen years of silent dreams. He spoke to me for the first time, in the dream on January 16, 2011.

It happened on a special day in September of 1995, while Linda Johnson was driving to her professional printer. She heard the audible voice of God speaking over the sound of her music, announcing that the man over to her right trying to keep up with her speed and capture her attention was her husband. Finally, looking to her right side of the freeway, there was Robert, a military aviation combat pilot aggressively trying to capture her attention and beckoning for her to pull over to the shoulder of the freeway.

Eventually, Linda pulled over, and what a journey to endure! He said to her, six or seven days later during their second visit, “I knew that when I saw you driving on the freeway, you were my wife.” They met in September 1995, and he was deployed to Bosnia at the end of December 1995. Linda assumed he was shot down in Bosnia. She lost all the information he gave her when she moved twice, and she forgot his last name. She had dreams about him for fifteen straight years and she never dated anyone.

Linda Johnson is a born-again believer.