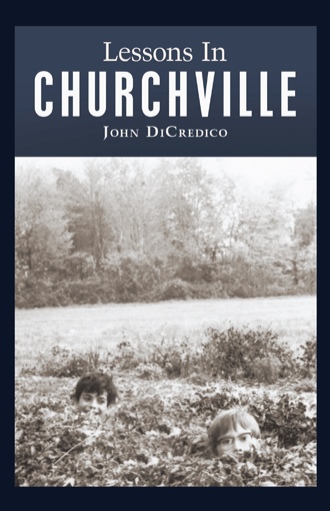 While standing in an Iowa corn field in the middle of the movie Field of Dreams, Shoeless Joe Jackson asks Ray Kinsella if this is Heaven. Kinsella answers “it’s Iowa.” I knew exactly what that meant as I sat in the movie theater that night. I’ve never been to Iowa either, yet I still know what that means. The following true short stories involve a man and his family whom I have known since I was born. He lived in the farmhouse directly behind my backyard. His son, Dana, was born just four days after me in the same hospital. Literally, his mom was walking in to deliver him while my mom came out with me-in a blizzard. He was almost born at home. That didn’t happen. His dad was from Waterloo, Iowa, where they get plenty of snow and his dad found a way to drive through the snow and the ten miles to the hospital.
Dana and I became friends from the get-go. We had a lot in common and probably more not in common. Both the youngest in our families and born the same month, we had older brothers who didn’t particularly like little squirt kids around. For all intents and purposes, we may have been, the “mistakes”. You know, the family settles in with two or three kids and thinks they have it made with no diapers, crying, late night bottle feeding, etc. Then one day Mommy tells Daddy, “Ah, do you remember the crib you gave to Cousin Harry?”
“Yea,” says dad.
“Ah, get it back,” Mom says and Dad turns yellow. Yes, Dana had three older bothers-twelve, eleven, and six years older. I had a sister ten years older and a brother seven years older.
We also had a lot not in common. Although we were the same height at age four, Dana grew six feet before he reached age five. No, actually, it only seemed that way to me. Since I was on the shorter side (OK, I was SHORT) and Dana, well, Dana was Big Foot. His dad started calling us Mutt and Jeff after the old cartoon characters.
Even as a kid Dana could take things apart and reassemble them. He may not have used all the original parts, but he could get the thing to work. I, on the other hand, was the kid who just took things apart. I was also the kid that was sure the square peg would fit into the round hole; just give me a hammer and I’d show you. Since I was small, I could run a lot faster than most other kids, and that was a good thing since I had a big mouth, but Dana was the quiet type. Dana’s dad was a huge sports fan who was mechanically challenged to a degree, but Dana did not share his dad’s enthusiasm for a good ball game as I did. If we had been born on the same day, people would swear we were switched at birth based on our personalities.
As you read the following stories, you will plainly see the character of folks who were born and raised in Iowa (and parented by). They are the salt of the earth: honest, hard-working, neighborly, competitive, calm, funny, and humble, and I had the privilege of living next to an Iowan while growing up in Churchville, Pennsylvania.

Remember when you built your first tree fort? Or broke your neighbor’s window playing ball? Or raided your best friend’s refrigerator? Relive the time of growing up as a late baby boomer in suburbia. Each story is accompanied by a “lesson learned”—what the author walked away with after getting into trouble or encountering new people who expanded his world view. See how these lessons shaped his morals and mindset amid the fast-changing times of the late 1960s and early 1970s.

Experience the actions and compassion of a dad who was ahead of his time in many respects and was involved with his sons’ activities—sports, music, and tinkering with cars and machines. Regularly attending their games, he snapped photos, jotted notes, stored the press clippings, and had his own “man cave,” complete with sports, Civil War, and personal memorabilia. His child-rearing strategy was unique. The writing is heartfelt and opinionated.

John DiCredico is a lifelong resident of Bucks County Pennsylvania, and grew up in the village of Churchville. Currently John works as a software analyst and technical writer in the life sciences area, while writing and playing guitar in his spare time. He currently lives in Newtown, Pennsylvania, with his wife, Martha, and their two children, Lea and Philip.