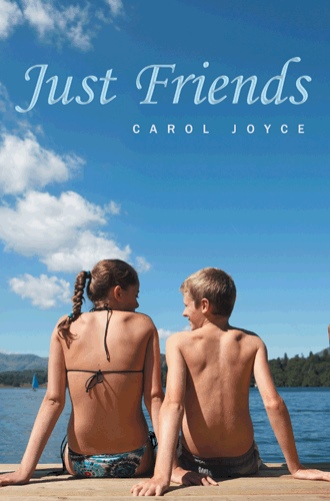 You should have heard his speech, Mom. This guy had everyone sitting on the edge of their seats. The things he said were unbelievable. He even talked about praying and asking God for help. I can’t believe he said those things in school. Isn’t that great! I think he was really bold to share his story.
“That’s really interesting Missy. Tell me more. Who is he?”
“Well, he’s a senior in some school on the Eastern Shore. I guess he’s about Luke’s age. His name was, um, I forget. It was Bruce something or other. Anyway, he started out by singing songs that he had written, while playing his guitar. He has an amazing voice! It was like listening to a storyteller, but with music. He’s had so much happen to him.”
“Like what?”
“When he was eight, both of his parents died in a car crash.
“Oh, dear.”
“He was in the car with them when it happened. For years, he had nightmares of the crash. For some reason, Bruce thought it was his fault, because he was goofing around in the back seat and his dad turned around to get him to stop. Then a tractor trailer swayed into their lane, cutting them off and hitting into their car, before they even knew what happened to them. He watched his parents die right there in front of him. His sister was hurt, so she was taken to a nearby hospital. She hardly remembered any of the details. I guess that was good. Afterwards, Bruce and his younger sister went to live with their aunt and uncle in another town. His relatives had seven children of their own and didn’t have much time to spend with Bruce or his sister. Then, two years ago, his only sister died at age fourteen. She had been fighting leukemia, some kind of cancer, for about three years. I would have gone crazy, wouldn’t you, Mom?”
“That’s a lot to have happen to one person.”
“I’m not finished yet. He then told us that God saved his life last year, because he tried to commit suicide.”
“How terrible.”
“I have to tell you Mom, you could have heard a pin drop in the auditorium. People were blowing their noses and wiping their faces. I could have listened to him all day and night, because the way he told his story just broke my heart. I can’t explain it, but something was very different about him. Even though he had those awful things happen to him, he was happy and cheerful, like God had touched him in a special way. He was so honest, and you could tell he has a big desire to help people. He wasn’t like the stupid boys I know that think only about themselves. I just couldn’t take my eyes off of him. What was it about him? I’ll have to look him up on the internet. Where is that flier with his information anyway? Mom, why is it that people who have terrible things happen to them seem to be so different than everyone else? I don’t know any boys that want to talk about their faith like that. In fact, the boys in my church all pretend to be so good, but they are just a bunch of fake Christians. I think I’ll pray for God to send me someone just like that guy Bruce, blonde hair, blue eyes and all!”
“Now Missy, be realistic. Do you think God is a fairy godmother, and can grant your every wish?”
“No, but it would be fun to try.”
Mom just laughs at me. In fact, we both have a good laugh about my dream guy. But silently, I pray, just in case.

As the school year comes to a close, Melissa Rose Hartley wishes school were over and her summer at Southern Shores were underway.

Frustrated with the boys at school, Melissa Rose vows to never get involved with any boy, ever—until she meets Flynn.

Melissa’s adventures take her to faraway places, involve her in the neighborhood mystery, lead her to a hidden treasure, and send her stepping into a blissful friendship.

Join Melissa Rose as she finds fun and adventure at her beloved summer home in Southern Shores.

Author Carol Joyce shares the adventures she had growing up at the old shore home and the importance of developing friendships with boys in this inspiring story for young adults.

Carol Joyce earned her bachelor’s degree in elementary education from York College, followed by a Master’s in Reading from McDaniel College. More recently, Joyce completed a study with the Professional Children’s Writing Program through the Professional Career Development Institute.

Just Friends continues with the adventures of Melissa Rose that began in Joyce’s first book for young adults, entitled Beads of Change and published in 2009.

At home in rural Maryland, Carol finds time for her writing passion, away from the hustle and bustle of life. Her books are aimed at helping young people navigate through life as a preteen and into the teenage years. She also visits schools, where she loves speaking to young adults concerning the importance of mastering writing skills as she shares a message of hope through the characters in her story. Now retired from teaching, Joyce follows her dream of being a full-time writer.