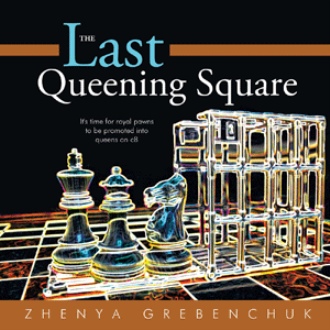 One day I was looking around my house to find simple things to help me better explain my spiritual understanding to my family. As I was looking around, I came across my old chessboard under a couch. I paused for a second, and then it came to me: why don’t I use a famous game of intelligence as a tool to represent the invisible combat of my spiritual passage into psychological adulthood? This is why and how the idea for this book begun. Placing the white king on an empty chessboard, I thought, This will represent Yahweh (God the Father) as commander-in-chief of His army. Then went the white queen as Jesus (God the Son), second in honor and the most powerful piece on the board. On the opposite side of the board I placed a black king with his queen, also giving them allegorical meaning as Satan and his second in praise and first in power. But then I came to a dead end. What about all the other pieces? How can I relate them to this metaphor? The answer came to me as a thought, suggesting that the only way for this to work is to let the context change their meaning. Therefore by the power invested in context, all pieces became flexible with meaning, just like the words in our language. For example, in the Russian language the word spirit takes about twenty different meanings when used in a sentence as a noun. Four new meanings exist when used as a verb and two more as an adjective. So when you decide to learn the language, you need to mentally meet all twenty-six available contexts in which the word spirit can be placed. This awareness of verbal flexibility gives us an amazing ability to view words of any language as chameleons that change their color according to their new surroundings. Different frameworks force a change on the size of a meaning, offering us a new sense for apparent differences of the same word. So by utilizing the power of context, in one position the white king could mean Yahweh (God the Father), in another position Jesus (God the Son), and in a third setting it could be the spiritual heart of a newborn Christian. Equally, a black king could mean Satan in one context and sinful human heart in another. It may appear confusing at first, but we do this kind of thing every day effortlessly when we speak in any language. Here is an outline of all pieces with their impending meanings and contexts:

In this book you will encounter many kinds of mental zigzagging throughout one context to another. For example, let’s look at this picture: a king, a queen, and a knight are standing on the cage-trap door. In the first context, this can be Yahweh, Jesus and Holy Spirit who are holding the door open for us, allowing millions to claim their spiritual freedom and to be released from the cage of sin. Now all previously captured pieces are free to go and to live in victory provided by the Holy Trinity. In the second context, this can be viewed as our heart, mind and body, release from the cage of oppression. Now they are ready to re-enter the board and play a new game, under a new color and with the new leadership of a brilliant spiritual king. In the third context, this can be our old and sinful heart blocking the exit for the mind and the body to escape the imprisonment of depravity. Because if the heart won’t allow it, the mind won’t do it, and the body gets stuck in between. Many such unexpected contexts will arise to shift the meaning of a simple position into a complex understanding weighed down with spiritual flavor.

Zhenya Grebenchuk is Ukrainian immigrant who came to America in 1991 at the age of fifteen. Now, twenty years later, Zhenya has written a four-part book, combining his love of chess with his adoration for the Bible. Zhenya welcomes you to see God and the mysteries of His kingdom, through the eyes of chess for yourself.