If the West Falls...

Globalization, the End of America and Biblical Prophecy 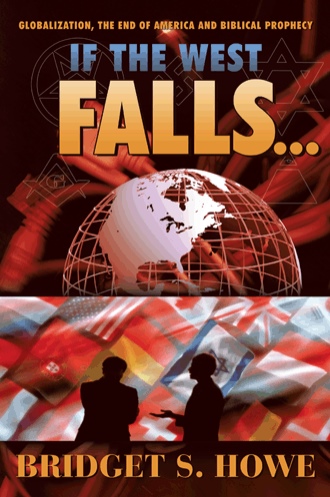 The book reveiws the history of the Illuminati, the Rothschild Banking system and its control of world economy, the coming One World Government and America's role in the world domination effort. It reveals the truth behind the 9/11 crisis, the alleged war on drugs, the war on terror, the loss of liberty and serveillance of private citizens, the increase in human trafficking and the threat of marcial law and concentration camps in America. It also exposes the tragedy of child sexual abuse and Satanic Ritual abuse rooted in Washington D.C. and the use of modern technology to control the minds of the American populace, and the corruption in the American Intelligence Community and mind control experimentation.

If The West Falls

If the West Falls is the result of four years of research that began when the author learned that she was a target of US Government sponsored Organized Vigilante Stalking. Her investigation into the crime that had been committed against her led her to an understanding of the crime that is being committed by the United States government against the people of this nation and the rest of the world. The author’s investigation reveals

• The plans of secret societies such as the Bilderbergers, the Trilateral Commission and the Council of Foreign relations to dissolve the national sovereignty of the United States of America

Bridget Howe is a graduate of Mt. Vernon Nazarene College with a BA in psychology. She is also a United States Army veteran with a background in military intelligence. Her military training included the Russian Language course at the Defense Language Institute, Monterey California; electronic warfare signals intelligence analysis; interrogation and psychological warfare. She also worked for 18 years as a case manager with adults and children with mental retardation and developmental disabilities.