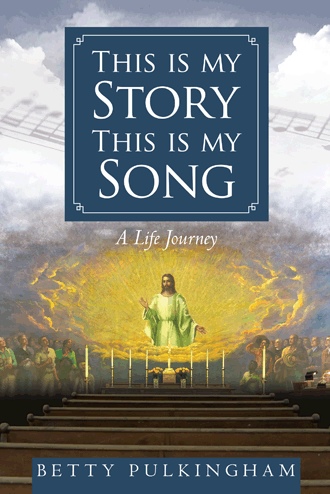 Betty Carr Pulkingham grew up in North Carolina and received a bachelor of science in music from Women’s College, UNC. Following graduate studies at the Eastman School of Music, she taught music theory at the University of Texas for four years and then directed both church and secular choirs. For seven years she directed the choir of the Church of the Redeemer in Houston, where her husband served as rector. They became founding members of the Community of Celebration.

During the years of the Community’s residence in Great Britain (1974–85), Betty played a primary role in developing resources for Christian worship and nurture. She co-edited three contemporary songbooks—Sound of Living Waters, Fresh Sounds, and Cry Hosanna!—and a hymnal supplement called Come Celebrate! for major publishers in the UK and the USA.

Other published works include two books (Little Things in the Hands of a Big God and Sing God a Simple Song); a responsorial Psalter for Years A, B, and C; hymns and octavo anthems; music for children; and four settings of music for the Eucharist. She helped produce more than forty recordings and served on the Episcopal Church’s Standing Commission on Church Music.

A significant aspect of Pulkingham’s teaching ministry has been her ability to blend the discipline of traditional, classical musicianship with folk arts to draw congregations into a deepened and lively experience of worship. In 2006 she received the honorary doctor of humane letters degree from Protestant Episcopal Theological Seminary in Virginia, and in 2007 she received the degree of Doctoris in Sacris Litteris from Wycliff College of the University of Toronto.

She and Graham have six children. Since his death, Pulkingham has made her home in Burlington, North Carolina. She remains a Companion of the Community of Celebration in Aliquippa, PA.