A Study of the Book of Acts 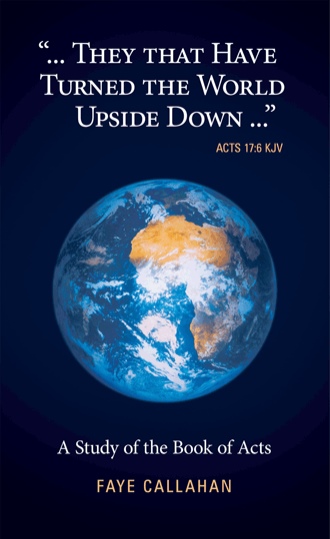 There were many people who became prominent leaders, missionaries, and evangelists in the early church, and many more whose names were not written in the book. Some of these people only have "minor" roles, but they were important in the whole scheme of things. Scarcely more than thirty years after the day of Pentecost Christianity had swept through Asia Minor; Antioch had become a great Christian church. The gospel had penetrated Egypt and in Alexandria the Christians were strong. It had crossed the sea and come to Rome and swept through Greece. Like an unstoppable tide it spread throughout the world. These are a few of those people who obeyed the commandment to spread the gospel throughout the whole world. 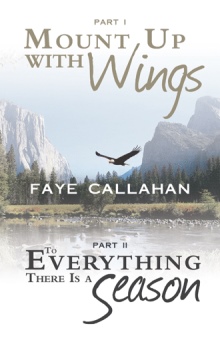 Part I Mount Up with Wings. Part II To Everything There Is a Season
Faye Callahan
$11.95

In 1954, Faye Callahan fulfilled her desire to become a schoolteacher and came to a little town in Georgia called Hoboken. She attended Emmanuel College in Franklin Springs, Georgia and received a Bachelor of Science in Education degree and a Master of Education degree from Georgia Southern College, Statesboro, Georgia. She has been a Sunday school teacher for sixty years, teaching every age group.

Her greatest joy is to study the Word of God and to present it so that it will be understood and that others will find strength and courage to live for the Lord. It is her hope that people will realize that no price will be too great to pay to obey the Lord’s command to bring others into the saving knowledge of His love.