A Source of Encouragement and Guidance for Maturing Christians 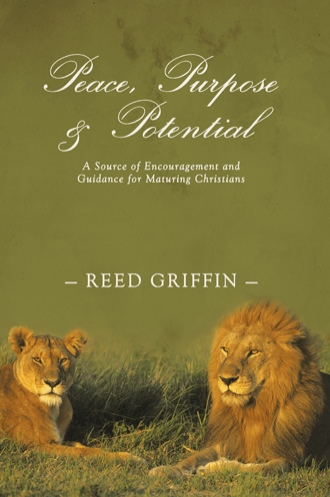 As a college student back in the late 1980s, I began to ask myself why some people were successful and others were not. Why were some fulfilled and others unfulfilled? I know it sounds strange, but I began to realize that success and failure—and even happiness—lies for the most part in our decisions. But how do we know what is a good or bad decision?

During that time, I was in the process of growing spiritually, which led me to start making decisions based on God’s Word rather than just doing what I wanted to do. I began to realize that there was a purpose for my life, and I began to pursue peace, balance, and fulfillment. After all, when we find true balance in life we find true fulfillment!

After graduation from college, as I struggled with the idea of what I would do for a living, I knew I wanted something more than just a job. One day I was sitting in our barn, reading my Bible and trying to figure things out, when I read Ecclesiastes 2:24–25 NIV, which states, “A man can do nothing better than to eat and drink and find satisfaction in his work. This too, I see, is from the hand of God, for without him, who can eat or find enjoyment?” Throughout the book of Ecclesiastes, this statement is made over and over, so I knew I wasn’t asking too much to seek satisfaction in my work.

My greatest desire in regard to my work was to perform—not just have a job and muddle through each day. No, I wanted to perform! You can take a pro athlete and put him on the field in his particular sport and position, and he will perform for you and love it. You can also take the same athlete and put him on a tennis court where he may play tennis but not necessarily perform. So I began to seek out conditions in which I could perform—if such a situation even existed.

About that same time, I participated in a statewide prison revival with a friend named Al Cathey. It was my first time inside a prison, but it wouldn’t be the last. A few years later, I felt a desire to return to the prison environment to help those who were not as fortunate as myself. As a young person, I had mentors in my life to help me find my way. These were my mom, dad, grandparents, and members of our church. Sometimes I think the older men still don’t know what an impact they had on me by showing an interest in me and living as examples for me. I benefited from positive role models to look to for direction, guides who said, “You can do it; you can do better!” So, because of my own struggles, I desire to help guys in the David Wade Correctional Maximum Security Prison in Homer, Louisiana, learn how to help themselves—if they are so inclined. I also want them to know that someone cares.

In the early 1990s, at the age of about twenty-eight, I began going to the prison on the fourth Sunday of each month—initially by myself—and I continue my visits to this day. I am now forty-six and have two friends that go with me—Mike Brinkley and Bobby Jarrell—which is a big help and encouragement. It is nice to serve with men who share the same desire to help others. On the north side of the facility, we have a Bible study, and on the south side we go to the cell blocks, passing out Bibles and trying to encourage men to examine themselves to see what they want out of life—including where they will spend eternity. To me, time in the cell blocks is a time when a man doesn’t have as many distractions, when he can study and think about his life—where he has been and where he wants to go.

Often we come upon men who pray to receive Jesus as their Savior. Unfortunately, we may never see them again, and then I wonder who will disciple them. The main reason for writing this book is to have a resource to give the inmates along with the Bible, something that will help them to mature as Christians. I hope this book not only benefits new Christian inmates but maturing Christians in general. After all, we are all participants in life. It is one thing to know what the Bible says, but life application is the hard part, and that is what the bulk of this book is about. As you read, I hope you find it a source of encouragement to pursue your potential.

Prison work is not for everyone, but it is for me. When I am in the prison, I see wasted potential among the inmates, potential that I want to salvage! I believe God sees us all in that same way. Previously I mentioned that I wanted to be where I could perform. Well, I have finally figured out that I perform best when I am promoting the development of potential in those around me. Whether it is an inmate an innocent child or a coworker, I simply want to help people reach their potential. Hopefully, by helping others reach their potential, I will reach mine.

The title of this book is Peace, Purpose, and Potential. I chose that title because I believe many Christians struggle in those areas. Many people—whether they are in an actual prison facility or not—are in their own prison. They live unfulfilled lives; they are discouraged and have given up on their dreams. That is not the life God created us to live; that is not a victorious life. And what kind of witness is that to the unsaved people watching us? Why should they want to be like us if we are no different from them? This book is meant to encourage and teach you what is necessary to begin pursuing your God-given potential. We need to live our faith boldly. I guess that is why I chose the lions on the cover; they are a good, visual reminder of what should represent us as Christians.

Life is multiple choice, and we simply have to learn to make better choices if we want to reap better consequences. I believe the basic principles of Christianity provide the direction and road map to a balanced and fulfilling life. God’s principles do not promote failure but rather success, as taught in the book of Proverbs. This requires obedience on our part. After all, we are given a free will. So it is my prayer that whether you are an inmate or free person, you will decide today to take responsibility for your life and your eternity. God gave us that wonderful ability to choose, and he gave us his Son, the Holy Spirit, and his word to guide us. You can change your life simply by making better choices!

For us to learn to make better choices, it is necessary that we read the Bible daily so we can discern the difference between a good choice and a bad choice. I cannot emphasize this enough. When we don’t spend time daily in God’s Word, our priorities get out of order. Daily Bible study is to the mind and spirit what exercise is to the body. In short, if you do not study the Bible on a regular basis, you will not grow as a Christian, and you will not be able to differentiate the truth of sound biblical teaching from false doctrine.

All quotations from the Holy Bible will be from the New International Version as stated in the references located in the back of the book.

All definitions are from Merriam-Webster online dictionary unless otherwise noted.

Peace, Purpose, and Potential began as a ministry tool for inmates in the state prison system, particularly the ones locked down in the cell blocks. These are guys that Reed desires to disciple but might only see once. It is a collection of things that he wants to share with them from the Bible and things he has learned through his own struggles and God’s faithfulness. For us to improve our life and realize our potential, we must learn to make better decisions. In other words, we must be transformed by the renewing of our mind. As Reed began writing, he realized that a maturing Christian in the prison system is not that different from a maturing Christian outside the prison system, so the focus is not only on inmates but maturing Christians in general of all ages. Chapters 1–4 address biblical principles; then the focus changes from principles to life application of those principles in chapters 5–15. The goal of Peace, Purpose, and Potential is to inspire maturing Christians to pursue peace, purpose, and their God-given potential in all aspects of their life!

Reed Griffin is forty-six years old and has worked for a Fortune 500 utility company for the past eleven years. He has also been involved as a volunteer in the prison ministry for the past twenty years. Reed lives in West Monroe, Louisiana, where he, his wife, and daughter are members of McClendon Baptist Church.