Our Christian Walk in the Midst of Political Turmoil 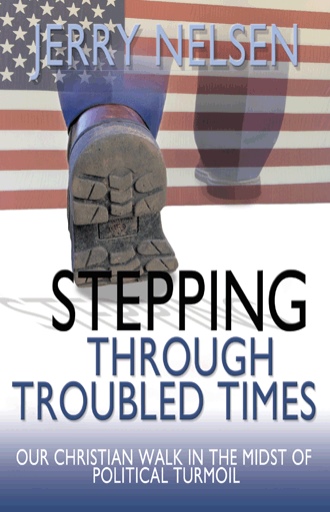 Diversity— a potentially dangerous political correct precedent in American society today. In the recent past, the TRUTH of “diversity” has been the respectful tolerance of others of different cultural background and faith for the values they can contribute to the American way of life. Today it has been trodden over by a social mandate to EMBRACE foreign faiths and cultures at the expense of our traditional beliefs. Diversity is now a politically correct expression in the American workplace born out of hypocrisy, leaving qualities of character, experience and ability by the wayside. This was tragically demonstrated at Ft. Hood, November 2009 when Maj. Nidal Malik Hasan went on a rampage against unarmed peers, killing 13 and wounding 38 as he stood on a table and cried out, “Allahu akbar!” meaning god is great. He had attended the same Virginia mosque which two of the September 11, 2001 hijackers attended to hear a radical Imam preach. E-mail messages of contacts with radical Imam Anwar al-Awlaki continued to reveal his dark ideology. Even his formal presentations to fellow Army doctors two years before spelled out his deadly view of life as he cited the specific sanctions of the Quran whereby killing of Muslims is justified as a soldier of the U.S. Army to engage them as enemy combatants. He continued the presentation with a vow that Muslim believers “should not serve in any capacity that renders them at risk to hurting/killing Muslim believers unjustly” in accord with those teachings. Although his actions and ideology were questioned by many military personnel, all were reluctant to take action for fear of reprisal under the protocols of DIVERSITY. His radical Islamic ideology was known to many of his peers and superior officers. He displayed a pattern of poor judgment and lack of professionalism pandering to anti-American influences. His radical ideology must have been harmful to his post-traumatic stress disorder (PTSD) patients in the military. Even General Casey, U.S. Army, made a statement for the memorial service at Ft. Hood honoring the fallen soldiers saying, “diversity is a strategic imperative” of the Army. His statement tragically reveals the dangerous growth of political correctness. It clearly shows that the blindness continues in our military establishment. His statement is a public declaration of corporate hypocrisy promulgating political correctness over and above forthrightness and truth in our military service! DIVERSITY IS NOT THE STRENGTH OF OUR MILITARY! In absolute contrast, unity, singleness of purpose, unanimity in training and excellence in skill development are paramount to the strategic maneuvers of any military plan. Media coverage continued the blindness of political correctness by raising questions of PTSD affecting Maj. Hasan! News reports stressed the need to search for answers to discover if or how the military might have known such a murderous rage could have come about in Maj. Hasan - a false pretense of justice. How could PTSD be the cause when Maj. Hasan had seen no battle fatigue?! I believe there was no mental breakdown which overcame this man. Instead, a murderous ideology of a rational mind sought an opportunity to carry out a radical terrorist act.

Stepping through Troubled Times is a cry in the wilderness. It cuts through the media hype and fear mongering to show why Americans must stand strong. Biblical truth reveals a clear parallel between political liberalism and the lost nature of man as evidenced by fear of global catastrophe and widespread religious hypocrisy. A subtle tyranny has grown out of failure to accept responsibility for our own actions and developed into a cry for government to provide all our needs. Dr. Nelsen focuses the Word of God upon both the political unrest and our personal failure of faith which has led America down the destructive path towards socialism.

The reason for the Stepping through Troubled Times is two-fold:

(1) Confusion of Americans: Patriotic Americans and Christians in general are confused by the media hype and fear-filled news reports that inundate our daily lives. Political correctness and hypocrisy is pervasive in our culture. Discerning truth has become much more difficult in recent years. Moral relativism has replaced the awareness of right and wrong. Immoral behavior is more acceptable in this generation than ever before. Tolerance of evil has become a requirement, and Christian values are seen as bigotry.

(2) The depth of our trouble: Most Americans are unaware of the extent of socialist ideology in our government and society. Soft tyranny has invaded our thinking and legislative action has restricted the fundamental freedoms envisioned by the Founding Fathers. Our God-given liberties have been codified into law for government to provide. God has been taken out of the picture, and America as a nation is drifting rapidly into a Marxist ideology.