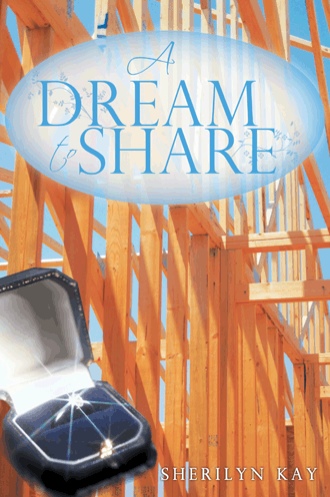 Bored, she closed her book, propped her elbow on it, and cupped her chin in her palm to gaze at Douglas. With his head bent over his book, he rigidly underlined parts of the text and numbered them. She was delighted to be in his presence, yet she yearned to coax him from his diligence to the pursuit of pleasure. Even another ride in his rattly, old, blue Volvo would be better than being confined to the library. She reached out to touch Douglas’ lean fingers with their neat, U-shaped nails. “Let’s go somewhere.”

“I can’t. This report is due Friday.”

Frustration simmered within her. “Surely that report isn’t that important.”

Douglas laid his palm against her cheek. “Yes, it is.”

Aggrieved she rose, Douglas’ touch still vibrating along her nerves.

“Call me when you’re not quite so busy.”

Douglas inclined his head and returned his attention to his text book.

Accustomed to receiving what she desired, she gazed at him in bewilderment. Then she flounced out of the library. Anger seared into her soul and lodged there with a strange, dull ache.

He has a blueprint where his heart should be! Why do I have to be so interested in someone who only studies or talks about designing? The fraternity men don’t spend all their time studying. You could date one, you know.

In Denver for spring break that April of 1973, she humored her parents and consented to date Blakely Whitworth, who had returned to his home nearby.

Saturday morning Blakely whirled his Porsche through the pine and cedar scented Bear Creek Canyon and the sun sparkled on spun sugar clouds. Yet Blakely and familiar surroundings and distance had not diminished her interest in Douglas McKenzie, and the uncomfortable situation of dating second choice settled darkly on her heart. During the week she and Blakely had attended ballets and concerts, had brunches, lunches, and dinners wherever she chose. Through it all she had endured being with one person when she wanted solely to be with another. She longed to recapture that breathless exhilaration which only being with Douglas produced, for what she felt in his presence exceeded her enjoyment in the usual round of social functions.

As she contrasted his industry and strength of purpose with her floating aimless ease, she contemplated how exciting it would be to share her life with someone who had such determination and planned a place for himself in the world. Having found an acceptance apart from being Armand Oakland’s daughter or the propa product of a society mother that she had unknowingly sought all her life, she desired to anchor her soul in Douglas’.

Unaccustomed to desiring something she couldn’t possess, she assessed her finely honed skills: her questioning glance; her practiced stimulating smile; her male ego-flattering attention that had brought other men to happy submission at her will. Nevertheless, she sensed that Douglas had a will stronger than her own. No doubt the independence and self-discipline which had intrigued her were what resisted her tactics. She was resolved to exert more effort than she had previously expended on anything, and she smiled. She snuggled more deeply into the bucket seat of the Porsche, anticipating the outcome.

In her room at the Gamma House late Tuesday afternoon, she became certain Douglas would not call to apologize. She sat cross-legged on her bed with her elbows on her knees, her chin on the back of her hands. She brooded about returning unpursued to any man, but the magnetism of Douglas’ charm drew her heart to his. She changed into a new, pastel plaid safari suit and reapplied traces of makeup.

Why are you doing this? her pride demanded.

Because life isn’t worth living without him, her heart answered.

Confident that Douglas would be in the library, she hurried across campus. She found him wearing his blue checked shirt, sitting at a table, engrossed in his reading. She approached silently, simply filling her mind with the image of him.

“Hullo,” she ventured with a tone that didn’t betray her inner turmoil. “I would like to study with you.”

Douglas glanced over his book, and the lift of his dark brows reminded her she carried neither books nor paper.

He truly is determined to succeed, and even I am unable to change that.

Awed, she lifted a gaze that questioned and appealed until Douglas’ expression wavered.

Thrusting a textbook into her hands, Douglas said, “Here. Quiz me on these.”

Every nerve relaxed and she dropped into the chair opposite him with a disarming smile. The tension in Douglas’ manner stopped her gaiety, and she read him the first question.

Douglas answered them all, and then he said, “Let’s go somewhere and talk.” He gathered up his books and steered her out of the library with his hand on her elbow.

When she and Douglas were seated on a granite terrace in the deserted pavilion, he spoke. “While I was on spring break I was studying for finals as well as doing some designing of my own. I barely had time to sleep but I still missed you. More than I ever thought possible.” Douglas’ throat worked before the next words came. “I had my life all planned. I had a goal—to graduate with honors and begin my career as an architect. Then I met you.” His unguarded look of adoration quickened her breath. “You’re a sweet, vivacious little girl who interests me very much, and I want to date you. However, I’ll be extremely busy this next month. I know sorority girls don’t just sit around waiting to date independent architectural students.”

“I don’t want to date anyone else.”

“What about that Blakely Whitworth character?”

“I just spent a week with Blakely, and—”

Douglas’ strained, white face haunted the inner chambers of her soul, and she laid her palm against his cheek in gentle reassurance.

“Every tedious waking moment. I could scarcely survive without you. I missed you, Douglas,” she said without pride or pretense. “Blakely is not the man I want.”

Douglas drew her into his arms, and his lips moved slightly on hers with a gentle pressure. She surrendered to the consuming joy of his exquisitely sweet kiss.

He edged away to murmur words of wonder. “You know I’m in love with you, don’t you?”

“It was rather like an avalanche. Tell me if you can that you didn’t feel it too.”

“There’s something very special between us, Connie,” Douglas said. “Love at first sight, the best kind. An instant attraction that strikes a spark, kindles a flame that will burn forever. But I know so little about you, and I want to know everything.”

Her happiness froze. She dared not tell Douglas everything until she was certain his love was genuine. “My father is in real estate,” she offered. “My mother keeps busy with her friends. My sister Penny is studying fashion design, and we live southwest of Denver.”

Douglas touched his fingers to her lips. “Tell me slowly so it will take a lifetime.”

She was relieved that she hadn’t had to live her whole life without Douglas’ love, and she nestled against him, content in his embrace.

“You’re the only girl I’ve ever loved,” Douglas confided with his cheek against her hair. “But falling in love was not in the plan. It happened, though, and there’s no denying it. Yet I must not allow anything to interfere with my goal.”

Gradually emerging from the miracle of Douglas’ love, she mused when his plans, his goals, would involve her.

After architectural student Douglas McKenzie encountered Constance Oakland that February of 1973, he was inspired to create a blueprint for a dream—a dream to share.

Connie possessed youthful exuberance and an irresistibly free spirit, an airy sorority girl floating in aimless ease. In Douglas she found an acceptance apart from being Armand Oakland's daughter or the proper product of a society mother, and she consented to share his dream.

With determination and strength of purpose, Douglas pursed his plan to graduate with honors, establish his career, save the money to build his dream house, and marry Connie after she graduated. However, planning his life too rigidly caused underlying tensions.

Diverse lifestyles, outside influences, astronomical costs, deception, temptation, a broken engagement, and a critical illness threatened to demolish the dream.

A dream is a wonderful thing to share, but life cannot be built upon it, for it is only an illusion. Life must be built on the solid foundation of faith in God. Connie and Douglas eventually put their faith in Jesus, but what will it take for them to put their faith into action so they can share their dream in committed, wedded love?

God gave me a passion and a dream to write with purity and quality for His glory. Writing is what gets me up in the morning and keeps me up too late at night. I have lived in St. Louis and in the Denver area during the time period in which A Dream to Share was set. I worked as reporter for the Nome Nugget Newspaper in Nome, AK. I now reside in Springfield, IL with my husband John. We have three children and seven grandchildren.