The Year She Stopped To Pray 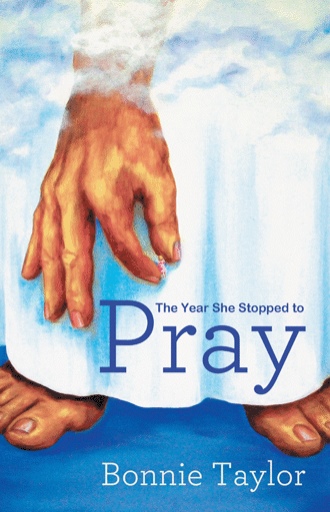 As a child, Bonnie Taylor was looking for a friend to play with, and she ended up kidnapped by her neighbor. Her innocence was stolen, and she was violently abused. She believed for many years that she fled from Mr. Black’s house unharmed, but she lived in deception.
A few months later, two men kidnapped her father from their home in the middle of the night, and he was shot as
he escaped.
After her Dad’s shooting, Bonnie’s family started to unravel, and she reached out to God for help. She believed that God rejected, abandoned, and betrayed her when the opposite of what she asked Him for happened. She came to her own conclusion, and she believed that God could not be trusted to love or take care of her.
After decades of trying to survive and failing miserably, she begged God to show her if He was real and if He loved her. He reached down and took her to Himself, and she was offered the opportunity of her lifetime.
She found healing, deliverance, and restoration as she went through a year of devastation and personal loss. The truth about her childhood was uncovered, and His love for her was discovered.
If you’ve ever wondered if God is real, or if you think you are too far gone to be reached, then this challenge to believe is for you.

Bonnie Taylor was born in Oak Park, Illinois. She suffered great loss as a child, and spent many years searching for answers. At age thirty-four she met the Lord, and she received an abundance of love, healing, and restoration.
She and her husband, Bob, live in Hopkinsville, Kentucky. They have four grown children and two grandchildren.