God Is at the Meeting

Spirituality and the Twelve Steps 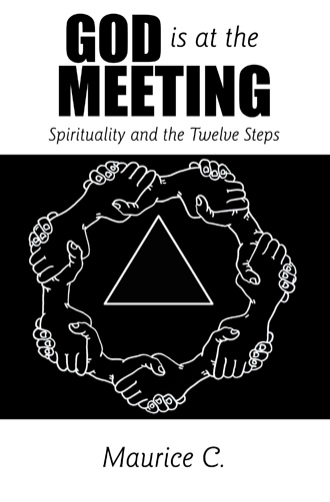 Maurice C. received the gift of sobriety more than twenty-five years ago through membership in Alcoholics Anonymous. Through AA, Maurice found the ability to let go of the past and let God take the future. In God Is at the Meeting, Maurice gives insight into a world where hurt and shame lead people to feel that they are “less than” and that they must build walls to protect themselves. Those walls get higher and higher until alcohol or drugs seem to be the only relief. Once enslaved, the alcoholic tries desperately to maintain and strengthen the walls of self-protection, to do it all on his or her own until, finally, the effort becomes too exhausting.

If this is you—listen. You don’t have to live that way any longer. There is a way out, and this way out has worked for thousands of people just like you for more than seventy-five years. If you will let Him, God will walk with you through the twelve steps to sobriety and a life without walls.

This book is not meant in any way to replace the time-tested books of Alcoholics Anonymous. It is one man’s insight into finding, leaning on and growing into a stronger relationship with God as you work through the steps.

Maurice C. was born and raised in New York and has lived in several states. He worked in the financial services industry for thirty-nine years, spending many of those years traveling throughout the United States. Maurice is married with three sons and ten grandchildren. He and his wife live in Texas.