A Tale of Three Souls 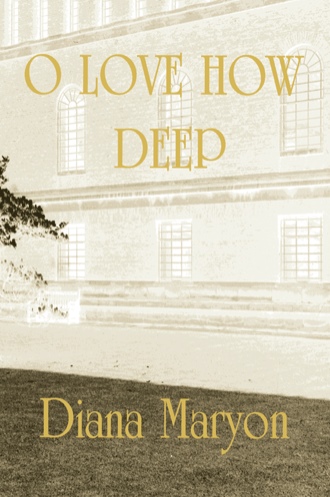 This must be written down. The children may not like the Christianity, but I can’t help that.

I think I have to write something down and send it to you both, now while it is fresh in my mind. I am putting it into a really elegant font instead of my ordinary screed, in the hope that you may keep it.

Sometimes we don’t understand how hard something has been until we are well and truly out of it. It’s very nearly 26 years since my first Oxford Viva, and just over 25 since Hope was born. The months either side of her birth were a desperate time, when I felt sick and exhausted to the point that I could scarcely drag myself about. I came very near to thinking that my life was over. I learnt things which I am infinitely glad to know, but which were agony to learn. The Lord is sufficient, even when one is half-dead. Joy is independent of happiness. Daddy was struggling to gain, in a stormy and ill-managed department, the tenure which he had given up 2,400 miles away. Your Granny on my side was preoccupied with your grandfather, after his first stroke. They could not come to me, I could not afford to go to them. I had to scream for sanity every morning, “Lord, keep me from taking my life today”.

By the mid-1970s I had found out that my examination result had been politically motivated. Essentially the decision had had nothing to do with me or my work, and everything to do with personalities. I have only just found out that I had actually been Prof. Chatterton’s first doctoral candidate to submit. That an apparently worthless dissertation should have gone forward like that was of course a reflection on him. It had not been in the minds of the examiners to take from me my health, my happiness, a large part of my public reputation and my earning power, still less to risk bringing about the suicide of a young mother, though they had done that. No, they had simply been pursuing their own selfish aims. But knowing this did not as you realise bring me any nearer to my degree. There was no recourse, and on this continent I was simply finished as an academic. The whole thing had to be treated as a dead issue. There would be no resolution this side Heaven, and in Heaven you don’t need doctorates. As regards my academic life, I must live as so many people do, with irrevocable loss, without light at the end of the tunnel. Oswald Chatterton and I still had confidence in my work, but my rational confidence was of course mixed with very much doubt. One thing was certain, whether or not those two naughty old men had been right for the wrong reasons: the examination itself had been both shoddy and dishonest. I had been badly injured, and therefore in accordance with the Lord’s word about our enemies and those who abuse us, it was necessary that I should bless these people and pray for them . So with many lapses I set myself to do exactly that. As the years went by, first the junior examiner, not the ring-leader, went to his reward, then my co-adviser.

As you will understand, I had not been praying for them to change their minds, for even if they had it would not have made the slightest difference.

I had to plod on, because I couldn’t go back. But by the late 1980s, beginning to feel menopausal, and I suppose sensing that if I ever had compensated for frustration in one sphere by an over-reliance on my femininity, wifehood and motherhood, these were now running out on me, I began to touch bottom. After years of very strenuous and increasingly prominent volunteering in this city, I was coming to the end of the line. I asked myself anew what my life was for. Both of you were abroad for much of the year, and even when here could not be said to need me nearly as much. I refused to succumb to my own need to be needed by you, let alone to envy of your various successes. But I was very unhappy. Things were bad enough for me not to have minded that much if I had been found to be fatally ill with something.

The Appeal process left me very exhausted, but I have pushed on until the degree was gained, though in a very peculiar state, both physically and psychologically. It’s four months now since I got my doctorate. Some days it still is hard to believe that it is real.

There were some immediate effects even before we got home: I began to sleep more normally, and to put on weight. I began to see that I had plodded on in a dark grey fog, always tired, always in recovery but never cured, racked with my hereditary migraine, with every effort being like pushing water uphill. It had not been good for marriage or sexual responsiveness. The two of you were brought up by a depressed mother, and I am sorry.

Only since July have I permitted myself to be flamingly angry with Oxford, as the knowledge that my work had been good, and that a terrible injustice had been done a quarter of a century earlier, at last trickled down from my head into my heart. I have not known precisely how old my surviving first examiner was, but I knew that I really had to pray for him now. I sensed, if you like, that this was a spiritually case-hardened individual, who had been a nasty old beast, for whom there had been so little love over his long life that very few people would have been praying for him. You know of course that the doctors have thought that since I got home I have been strong enough in myself to undertake Benzo withdrawal. I decided myself that this was not a time when I looked forward to premature senile dementia, and that I must free myself whatever the cost. Hope knows, if Faith doesn’t, that it’s a highly addictive hypnotic. I told them that they must get me off it. Well, starting in September, and finishing a fortnight ago, we have done it, and for the rest there will just be lingering symptoms. It’s been really horrible at times, and I am still not at all well. I have been hypersensitive in several ways. I have felt as though I were wrestling for this old man’s soul. I have prayed almost hysterically. I have been aware that he would know of the reversal of that old verdict, and that he would find it a humiliation, or at least a challenge. From every point of view, I felt that I had to pray with every ounce of my energy. It is important for you to have a picture of him as a proud-seeming, once red-faced and hectoring man, who had spent a lifetime handling the outsides of holy things. At Oxford in my day he had appeared to be supremely conscious of his position.

By the 21st of this month, with no more sedative inside me, my physical and psychological state was very strange. I was suffering from what felt like delirium tremens and had scarcely slept for a week even with pharmacological help. That night or early next morning I fell at last into an exhausted but all-too-brief slumber. I dreamed that I was lecturing on my own subject at Oxford, and after I had finished, from the back of the hall there came up to greet me my surviving first examiner for whom I was praying. He said to me, “Dr. Rivers, that was very fine. Will you forgive me that old business about your DPhil?” And in my dream, though this was not at all in accordance with his type and generation of English theological don, we hugged each other warmly, and I said, “Of course I forgive you, you silly old thing!” Then I woke up, feeling a deep sense of release and relief, and that I had somehow released him.

A week later, your Daddy was reading on campus the (London) Times. In it he saw the man’s obituary. He was 89. He had deceased within the 24 hours of my dream.

“The autobiographical novel O Love How Deep by Diana Maryon contains striking insights into relations between the sexes, Christian discipleship, and mastering disappointment. I hope that I shall see it in print in some form in due course.” J.I. Packer, Author and Theologian

"I knew from the first 100 pages that I was going to be enthralled with this story, and so I was, right to the end. I literally couldn't put it down. Of course, it doesn't seem like the end because I still want to know more about Hope.

The loving portraits of the author’s two children were the highlight for me. Why that is so, I don't know. Perhaps the honesty about motherhood.

It is a fine adult-Christian book and should enjoy a wide readership." Mary Razzell, Author

After twenty-six-year-old Australian David Carpenter, a psychiatrist and neurological researcher himself, had a breakdown in his first year at Cambridge, his therapist told him, “Go into the Anglican Chaplaincy, investigate Christianity, and have a love-affair with a nice Christian girl.” He did precisely that.

Diana was only twenty. They grew so close that when, after four years, she married someone else, he returned home devastated. They did not meet again for eight years. He realised then that he still loved her, and she him. He asked her to break her marriage for him. Instead, she sent him away indefinitely.

In her last letter she begged him to give her up. She said that Oxford had rejected her dissertation. She was thirty-three, with her academic career now shattered.

This is the poignant true story of three hyper-intelligent, cosmopolitan, and highly-educated people fighting their way through to genuine faith, hope and love in the modern world.

Born on St. Valentine's Day in 1938, I have lived in Vancouver, British Columbia, Canada since 1971. As of late 2011 I have been a convinced Christian for 53 years, and married for nearly 50. I have two moderately grown-up children, and two young grandchildren. My husband, a distinguished Medievalist and Modern Linguist, has suffered from Parkinson's for nine years.

Everything in my book is autobiographical. Conversations are based on memory, letters on memory and in many cases on written or digital records. For the protection of certain individuals and their children, personal names of all but the most famous, physical details and academic subjects are lightly fictionalised. The only purely imaginary character is based very exactly on a real person who performed the same role as counsellor in real life.

Homosexuality and homosexual experience get several mentions, and are treated with insight.

The story is about love, the love and goodness of God and the mutual love of three highly-intelligent, highly-educated people seeking to serve Him in this complicated modern world. It is the story of a real marriage, including many assaults on it, and at the same time the story of a marriage which did not take place. As I look back, I see myself as having been surrounded by love all my life.

Serious readers may get in touch with me at diana dot maryon at telus dot net .