8 Steps to MAXIMUM Success For You & Your Organization 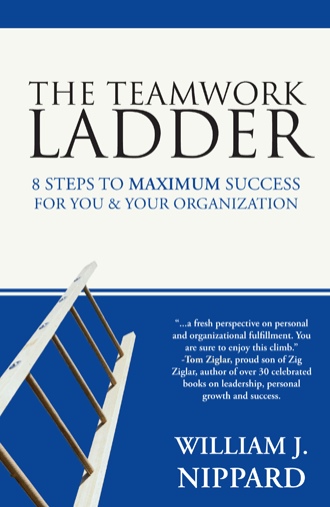 Dr. Jack is the owner of a thriving dental practice. He is a proactive entrepreneur controlling his own outcomes. Focused on results, he habitually nips trouble in the bud. Every Friday morning, an hour before work begins, his staff looks forward to their “staff huddle” where acknowledgement of the week’s successes are made and announcements for upcoming events or changes are discussed. Everyone typically weighs in on any concerns and he makes certain this is rewarded. Recently, he spoke to me about a recurring problem. He carefully expressed his worry that there was no debate or confrontation occurring at these meetings, like they used to during his first few years. We sat for an hour or so and discussed the potential reasons for this lack of drama and confrontation. An associate of Dr. Jack’s, in attendance at this meeting, emphatically stood up and asked, “Am I missing something? I thought the idea of staff meetings was to avoid confrontations, not seek them out! You guys sound like lunatics wrecking your brains over the problem of no conflict!” He nearly lost it and grew visibly confused when I referred to internationally recognized dental management expert, Sally McKenzie’s article, Creating a Winning Culture in the New Year. In the article, she writes, “Never make excuses for not confronting conflict!” The associate had much to learn about the value of confrontation. His scripts from the world of mediocrity were shouting out to him that confrontation is to be avoided and the healthiest teams are those with the least conflict. But as he later learned, confrontation is a rung on your teamwork ladder that cannot be skipped or your ladder at some point will come crashing down, with your hopes of outstanding success firmly attached to it.
As you step on the first rung of your ladder and learn to share the complete you, you need to realize that this is but a means of getting you to the second rung. Being open prepares you for the second rung where confrontation occurs. I am sure that many of you reading this will think like Dr. Jack’s associate that it is delirious to aim for confrontation. After all, when we confront, shouldn’t we expect negative conflict and strained debate? You are likely thinking as he did, that only a lunatic would seek out and enjoy confrontation. Isn’t confrontation the arch enemy of peace and harmony? Doesn’t confrontation kill relationships and if so, why would we intentionally confront? Why would such a negative disposition be considered a vital principle of teamwork? Yet all successful and thriving organizations welcome confrontation. All great leaders consider unfiltered debate an essential ingredient to their sweet tasting organizational pie. Clinical psychologist, Henry Cloud teaches, “A leader’s ability to confront is the immune system of the organization. If the organization doesn’t have a good immune system, then there’s probably disease everywhere. Or, if the leader handles confrontation poorly, then the organization has an autoimmune disease where it’s eating its own body. Getting this right is really, really important.” In conversation with pollster, George Barna, best selling author, Laurie Beth Jones discusses leadership’s position with conflict. “Conflict comes with the job. Leaders are the ones who are blazing new trails and going where no one has dared to go before, so conflict is to be expected, not feared. In fact, it is sometimes something to be encouraged. Conflict and confrontation are healthy.”

To fully understand what is meant by confrontation as a healthy teamwork principle we need to get perspective. Take a moment and think back over the type of person you are becoming, if you have adopted the challenges already put before you as you build your teamwork ladder. People who typically confront do so for selfish gain; to get their own way and put the other person in their “proper” place. They confront with a negative spirit of hostility. The most removed objective of most people who confront is to consider if they are helping the person they are confronting. Typically, they have a lecture in mind and want only to get their point across. They want to win an argument and stake their claim. This is the world of average that Dr. Jack’s associate had lived in for too long. But, we are now wearing a lens completely different than the average person. We are now focusing on making other people’s dreams become reality. We have taken the time to intentionally communicate empathetically and compassionately. We have sent much encouraging mail and therefore our emotional relationships are solid. Our teammates know we are working together to achieve common success. We have proven our realness by allowing ourselves to be vulnerable as we shared our dreams and desires. Our selfless motives have been proven over time and a deep level of trust exists. We agree with Rabbi Harold Kushner who says, “The purpose of life is not to win. The purpose of life is to grow and share. When you come to look back on all that you have done in life, you will get more satisfaction from the pleasure you have brought to other people’s lives than you will from the times that you outdid and defeated them.” So we don’t have an argument in mind, but rather an adventure of finding new levels of success.
This sheds a whole new light on confrontation. The kind of confrontation we seek is void of any hostility or selfish gain. The new you views confrontation as a positive means to results and seek only positive outcomes through it. Long gone are the scripts that tell you conflict is negative. The confrontation we seek focuses on issues and not people. While wearing your new lens, the goal in confrontation is not to win an argument or get your own way, but rather to walk away celebrating that the problem is fixed. With this mind-set, the confrontation will be approached differently than if you simply want to prove you are right. Even in the worse case scenario where the person we confront about a given issue or difference of opinion takes it personally, we are still in a healthy situation because we have the relationship account in a surplus. A withdrawal of confrontation does little to strain the relationship. If you withdraw $100 from a bank account that only has $102 for example, this withdrawal will be huge. But if the account has a balance of $100 000 000, the withdrawal of the one hundred dollars will not be felt. Our new lens and the previous three principles have ensured we have million dollar relationships before we ever reach the rung of confrontation. The investment has been made. We are now free to engage in passionate debate because we believe and know the debate or the confrontation is all about achieving mutual success.

“The lessons taught in this book will increase productivity, improve performance and most importantly, bring members of your organization to a higher level of satisfaction both in and outside the workplace. The author’s straightforward, common-sense approach makes for an enjoyable read.”

Does your organization have great people and strong assets, yet underachieve? Many employees and employers believe they are doing the right things yet are not getting their desired results. The Teamwork Ladder teaches you specific improvements needed to bring the success and fulfillment you crave. In addition, it teaches how to implement those changes smoothly and proficiently within your unique organization. After reading this book, you will understand what has been getting in your way, preventing you from being where you want and deserve to be. You will also realize your strengths, so you can build on your constructive actions.

Learn the secrets of productively working with others. Clarify what it takes for you to be living the life you dream of living. It is possible, and even easier than you may think to achieve your wildest, most ideal dreams. The Teamwork Ladder provides the practical and sensible model you need. Start building your very own teamwork ladder today, and enjoy the climb to higher levels of job fulfillment and MAXIMUM success.

As president and founder of Nippard Solutions, Inc., William J. Nippard has for more than a decade consulted to both employees and employers at large national conventions, small businesses, churches, and non-profits on how to work  with others for maximum mutual success. Outside of writing about and teaching the eight most powerful principles of teamwork, William enjoys weight training and travelling with his wife and three children. A 1988 graduate from Dalhousie University, William lives in Grand Falls-Windsor, Canada.