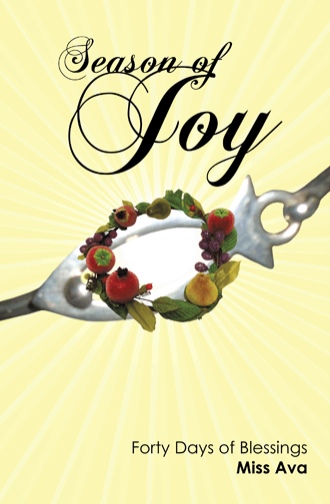 The Power of Prayer Chapter 3 Prayer has become a very big part of my life. It has helped me recover from a broken marriage and divorce. For the past five years, I have belonged to a prayer circle. One evening last February, I was praying for God to do “whatever it takes” to draw Stan and Sharon to Him. I remember asking that if there was danger that they would “in no wise” be injured. One hour later (around 11:30pm), their house was on fire. They escaped without getting hurt even though they had all been fast asleep. Kevin was only inches from the fire but there were no traces of that fire in his room, only water damage. There was not a scratch, a burn, or a blemish on his walls. Even the firemen who arrived on the scene noticed it and commented about how “odd” it was. Medics tested Kevin for smoke damage to his lungs. There was not even a trace of carbon dioxide in that child. God had protected our little man.

Season of Joy is a collection of inspirational short stories that recount God’s blessings that poured out on author Miss Ava during a forty-day period. You will find yourself “happy tearing” over these stories about Miss Ava’s family members, friends, acquaintances, and students. God empowered Miss Ava to write these twenty-one stories in just three days. She says, “I am not a professional writer. I wrote these stories down for His Glory. It’s like God made me a writer, and because I believe in Him, I can write. Writing Season of Joy was and is above my ability.”

Miss Ava grew up in a large southern family in which storytelling is an art. She is able to find humor in even the most challenging situations. Curiosity has led her to become an educator, producer, businesswoman, and author. Season of Joy is the first of four books Miss Ava has written. She hopes to publish His Beauty for Our Ashes, Risen Phoenix, and Blessings in Disguise in the near future.