The Theology of the Four Gospels 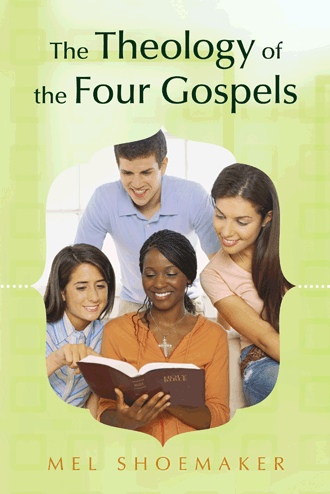 The Theology of the Four Gospels – Study 3

Although second in the canon, the Gospel of Mark is generally considered the first of the four canonical gospels to have been composed.  Following the death, resurrection and ascension of Jesus Christ, the early church learned of the life and teaching of Jesus primarily from the Twelve Apostles, among whom Simon Peter was preeminent (Acts 2:14-42; 3:12-26; 4:8-12; 5:15; et al; Matt. 16:17-19).  Very quickly the Jewish church inJerusalemandJudeaoutgrew the ability of the Twelve to minister to their needs, and seven deacons were selected to supplement the leadership of the Twelve (Acts 6:1-6).  Peter was soon joined by Saul/Paul in the explosive outreach of the gospel to the Gentiles and to geographic areas beyondPalestine.

When the Apostle Peter and his companion John Mark arrived in Rome, early evidence seems to indicate that there were already some who had learned and believed in Jesus as the promised Messiah.  Since he is the first apostle to reach the capital city, Peter is commonly given the credit for founding and organizing the church at Rome.  Some 50-75 years later Bishop Papias of Hierapoliswrote, “Mark having become the interpreter of Peter, wrote down accurately whatsoever he remembered. It was not, however, in exact order that he related the sayings or deeds of Christ. For he neither heard the Lord nor accompanied Him. But afterwards, as I said, he accompanied Peter” (Fragments of Papias: Oracles, 6.155; Eusebius, Eccl. Hist., 3.19.15).  The fact that Peter was considered to be the source of that which Mark wrote, the gospel was quickly recognized as having apostolic authority.

First Question: When was the Gospel of Mark composed?  Was the gospel written before or after the fall of Jerusalem in AD 70?  Why is this an important question?

Second Question: Did Mark and other writers of the gospels create legendary and fictional stories and sayings of Jesus, or were they custodians and conveyors of the truth concerning Jesus?

The first question hinges primarily upon whether a person believes in prophecy.  Although this question relates to the prophets of the Old Testament, here it is a question concerning the prophetic teaching of Jesus.  In Mark 13 Jesus is reported to foretell his disciples of the future destruction of the beautiful temple and the city ofJerusalem.  If Jesus died in either AD 30 or 33, the disciples and the early believers in the city were forewarned of the impending crisis some 40 years before the actual historical event occurred.

If a person believes in the living God who has revealed warnings and future events to the prophets of old, then without doubt the Little Apocalypse, found in Mark 13, is reporting the very words of Jesus.  IF Jesus is truly the Son of God, the authenticity of the prophecy stands beyond doubt.  However, if a person questions the supernatural, the authenticity of divine revelation of future events, or the divinity of Jesus, then these words may have been creatively crafted as sayings of Jesus by the gospel writer after the historical events transpired, i.e. after AD 70.

The former response reads Mark 13 as the authentic, prophetic words of Jesus, whereas the latter view reads them as history and legendary fictions falsely inserted into the teachings of Jesus.  This question is at the very heart of this study.  Is Jesus, the Christ, the Son of God?  Or, have the gospel writers created a myth and a legendary teacher with reports of prophetic revelations and the power to perform miracles of exorcism, healing, resurrection, and calming the storms of nature?  If Jesus is the Christ, the Son of God, then Mark’s Gospel may have been written as early as AD 53-56.

There are multiplied reasons for believing that the authors of the Four Gospels were faithful custodians, preserving and passing on the sacred words and works of Jesus.  These trustworthy texts served as the means of evangelism and spiritual formation in the growing, geographic diaspora of first century believers, and they remain the precious trust of the present, global generation.  The following eight facts become quite persuasive reasons for accepting the authenticity of the Four Gospels:

The Four Gospels do reveal the early transition and transformation from a pre-Easter faith in Jesus, the teacher, to the post-Easter reflection and faith in Jesus, the Christ, the Son of God, of a later time.  Each gospel writer selects, arranges, expands or condenses the sayings and stories of Jesus in such a manner to persuade the reader to confess that Jesus is Lord and Christ.  Whereas an initial reading creates a rather harmonious story line, especially among the Synoptic Gospels; a more careful study of the four gospels reveals that each writer has a unique theological purpose and emphasis, and each is written with a particular group of readers and cultural context in mind.  Each gospel has its own merits for being included in the canon of Holy Scripture. 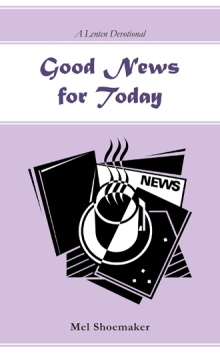 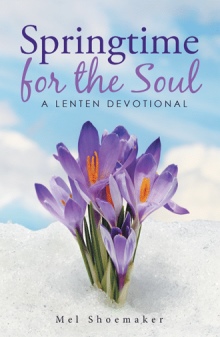 Springtime for the Soul
Mel Shoemaker
$13.95

Biblical theology is the discovery and development of doctrine as found and emphasized by a specific book of the Bible. Instead of beginning with a subject and then searching the scriptures broadly to assemble what may be relevant and illuminate one’s understanding of that specific topic, biblical theology starts with a particular author and focuses upon a specific scriptural unit. The objective is to let the Bible speak for itself and discover what the original writer(s) wanted readers—or those listening to the reading—to understand. Therefore, New Testament biblical theology assists the student in understanding the distinctive doctrinal enrichment each book in the Christian canon brings to the collection of authoritative literature.

The Theology of the Four Gospels is designed to engage an individual or group in a fresh study of the teachings of Jesus and the distinctive perspectives of the Four Evangelists—Matthew, Mark, Luke and John. Even though everyone participating in the study is examining the same literature, the conclusions may vary widely, which may contribute to a very fruitful discussion. Why should one anticipate a variety of interpretations? Each person comes to the study of the Bible with prior opinions, judgments, and beliefs. These presuppositions have been formed by our culture (e.g., ethnicity, political, social, economic, and religious background), critical knowledge (educational background in history, literature, language, natural abilities, life experiences, and age), and character (moral values, belief in the supernatural, human immortality, accountability, rational choices, and spiritual maturity).

This is the goal—to let the Four Gospels speak for themselves. The theological outcome may be tentative and provisional; however, the reader or student becomes engaged in the process of building a sound, personal theology and a steadfast, living faith in Jesus Christ.

Mel Shoemaker was Professor of New Testament Biblical Literature and Theology at Azusa Pacific University (California) from 1986 to 2005. He was broadly recognized for his excellence in teaching the Gospels, church history, and NT theology, which contributed to his appointment to direct the Honors Program for ten years until his retirement.