The Unveiling of The Children of God 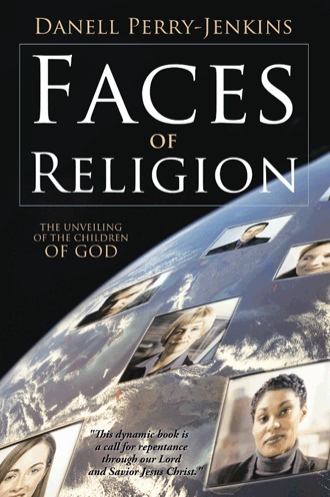 Chapter One, Children of the Spirit and the Flesh - "In the world we live in today a social change within the individual believer must be according to the Kingdom of God. This social change for Kingdom children will only come about when we live by the principles and the commandments of God. As we understand the two kinds of wisdom, we will see that from the beginning naturally and spiritually, that they were separated to mark the course of life. The word wisdom denotes insight and judgement. Jesus Christ is the wisdom of God. The wisdom of the world is not compared to the wisdom of God. Spiritual truth is conveyed in verbal communication that is given by God's spirit. The natural man is un-respective or unspiritual. Spiritual discernment is only generated by the Holy Spirit of God. The capacity to know Spiritual truth is beyond the powers of the natural man. The difference between the spiritual man and the natural man is that the spiritual man is the one that has founded his faith on God's revelation, which is truth. The person can judge both earthly and heavenly things. The children of the Spirit can distinguish what is and what is not of the Gospel and salvation." Chapter Two, Election of the children of God- " There are people in this world that dwell in the religions which make up the world that never heard of the Gospel of Jesus Christ, and have no way to recieve it. My prayer is that the omnipotent God of all creation will send this book, and also his Holy Spirit to the farthest ends of the earth. There are people that don't live in America and can't learn in school. They are living near jungles and wilderness areas. Religion limits your understanding of an omnipresent God. There are people in villages, and some are under ground in Korea studying the bible hiding out. They may not have a Pastor or Teacher by a way of being License and Ordain, to lead them in their life in Christ." Chapter Three, The Kingdom of God- "Futhermore, God calls upon people everywhere, without dissimilarity of race or nationality to submit voluntarily to his rule. The Kingdom of God is neither the building nor denomination, it does not come in the range of the natural powers of surveillance with one's eyes, but is spiritually discerned. the fundamental principle is declared by the words of Jesus Christ in the midst of a company of Pharisses; Jesus said the Kingdom of God is in the midst of you in Luke 17:21. Where the King is, there is the Kingdom."

Faces of Religion is a dynamic book for all nationalities around the globe. This book shares vital information about the Historical and Biblical backgrounds concerning all the religions around the world. This book is an Evangelistic mission that has been written to offer salvation to all people. It speaks much on a social change for society, as children of God and a call for repentance through our Lord and Savior Jesus Christ. It shares how religion can harm an individual, a community, and a cultural of people, without having a clear understanding of Biblical truth.

Danell Perry is CEO and Founder of the Teen Crisis Rescue Mission Non-Profit Organization. Her poetry has been published in a book called Timeless Voices, (International Library of Poetry).