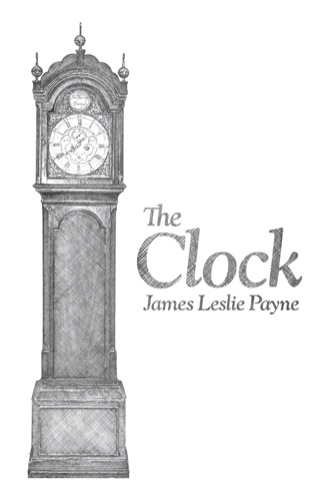 It was as though the clock had become Tom’s. He made sure it was level and fastidiously kept it wound and running. He even rubbed it occasionally with special wood oils to keep it from cracking. It looked as beautiful as it had those two centuries ago in Edinburgh when it sat in the Breakenrig show room. The stiff old man never spoke about the lost of his only daughter, not one word. If the conversation ever turned toward Mary, Tom simply got up and slowly walked out of the room. He had lost his wife to tuberculosis when he was thirty-five years old and never remarried. The clock was the closest thing he had to the love of his life and he spent almost all of his remaining years tending to the sentinel and a small patch of chrysanthemums.

Tom, the small, crusty, stiff, austere miner from South Shields in Northern England died as he had lived: alone. As the family went over things, it occurred to them that a life had been lived for ninety-three years and in the end, all his belongings would fit into a small shoe box. Sadness doubled for love not spoken of or enjoyed, for his world had become so small by his own choices, a prison of his own making and conditioning.

From the mid 1700s in Edinburgh until today … The Clock winds its way through time and tides. Through the centuries it stands, a sentinel in many a home, some grand, some not so grand. Always it stands and keeps time for the owner. It keeps watch in more ways than one. Some owners are proud of the clock and keep it front and center, while others are ambivalent towards it and hardly notice its presence. Still it ticks and tocks its way through the ocean of time that two centuries avail. It was built as a pass into the Hammermen Society of Edinburgh; the boy genius craftsman that gave it birth could never have imagined the journey it went on … neither can you!

Many stories boast truth. They describe themselves as “based on a real-life incident.” The story of the clock is indeed is based on a very true story.

Author James Leslie Payne is a broadcast executive in radio and television. He lives on Canada’s West Coast with his wife, a golden retriever named Billy, and the Sentinel—yes, the Sentinel. It turns out that’s the latest stop on its incredible journey—one that Payne is eager to share with you.

Turn your collar to the cold winds of time; let’s begin the journey of The Clock.

Author James Leslie Payne is a broadcast executive in radio and television. He lives on Canada’s West Coast with his wife, a golden retriever named Billy, and the Sentinel—yes, the Sentinel. It turns out that’s the latest stop on its incredible journey—one that Payne is eager to share with you.