The Courtship Of Tucker Pain 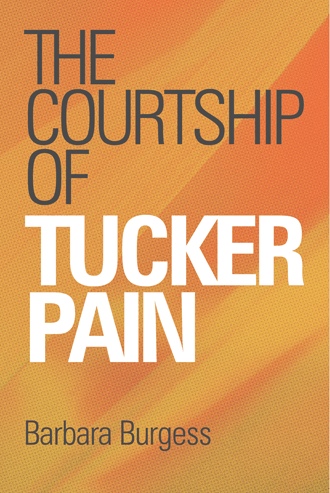 As a young teenager living in the city of Detroit with a reluctant, foster grandmother, Tucker Pain gets in serious trouble with the police. Too young for prison, he is sent to Boys’ Ranch, a haven for troubled teens run by Bob and Doris Duke and located in Bridgetown, a small town in the thumb area of Michigan. While there, the boys attend the town church and schools.

Living in the same town owning vast farmlands is the MacDougal family, including the senior Donald MacDougal, head of the school board and the library board, as well as the head deacon and financial contributor to the church. When a prank gone wrong involves the Boy Ranchers, Tucker confesses to save the other boys. For the rest of his school years, he has to work heavy labor under the eye of the MacDougal. When he graduates from high school, Tucker enlists in the army, vowing never to return to Bridgetown.

After Tucker spends three years service in the Balkans and Afghanistan and four years in college, Doris writes, telling him that things have not gone well for her. The ranch has been closed for lack of funds, Bob has died, and finally the MacDougal is foreclosing on the ranch house where she lives. Tucker Pain goes home to save the only mother he has ever known, works at the local gas station, and takes her to church. MacDougal has broken the congregation off from the main synod, so the church has trouble filling their pulpit.

The mean old man offers to send Tucker to a seminary if he will sign a contract as an ordained minister to preach at MacDougal’s church for twenty-five years—an offer Tucker cannot refuse. As pastor of this church, Tucker is courted by MacDougal’s granddaughter and a higher power.

Barbara Burgess has lived in Michigan all of her life. She has a BA from Wayne State University in Detroit. She has three sons, a daughter, and eight grandchildren. In the early nineties she had two Yearling novels for young readers published by Delll/Bantam/Doubleday. In 2005 she had a mystery published by Five Star Press in Maine. When her children were growing up, she wrote Christian educational material for the National Association of Congregational Churches. She is a member of the Mt. Hope Congregational Church in Livonia, Michigan. For two years she lived in Marlette, Michigan, on her parent’s centennial farm, where she attended the Second Presbyterian Church of Marlette.