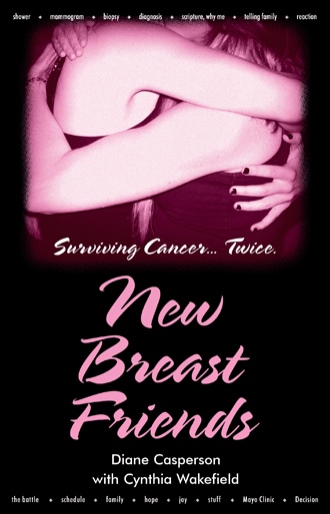 I Heard - the phone ringing in the midst of my quiet peaceful day. The next sound was the compassion filled voice of my husband saying, “You need to come to the hospital. Diane has cancer. “ I Felt - my knees weaken as my heart hurt, knowing that my friend’s life would change as she knew it. I Watched - a young woman go into battle. The enemy’s attack was quick and powerful as it reared its ugly head. Diane entered into her battle fighting with determination, grace and dignity. She put faith in her God, embraced the strength of her loving family and friends and formed a plan of attack. This was an all out war against cancer. As she aggressively fought this battle she discovered strength and comfort within the encouragement of her army of supporters. I saw the struggles, the tears and witnessed the battle scars of this warrior. I saw the relentless attacks, causing her to return into the hostile battle with even more rigor and determination. As the events of the battles unfolded, I watched Diane not only emerge waving a banner of victory but she emerged as an encouraging, inspiring and powerful survivor, a champion. I Witnessed - with excitement as the Lord used her and her circumstances time and time again to reach out with compassion and touch the lives of others, giving them hope and encouragement. With boldness she has stepped out of her comfort zone to allow God to use her life, knowing that everything is part of His perfect will. I Observe - today, Diane diligently standing guard in protecting and strengthening her body. Her battles have produced a trained, equipped and experienced warrior who knows that health, exercise, love of family and friends and a strong relationship with her Lord are her weapons of mass destruction against the enemy of cancer. I Admire - my friend who so graciously encouraged me, prayed with me, cried with me, laughed with me and gave me sound advice in forming my personal plan of attack against my own cancer battle. She is an “inspiring” survivor, a champion, a mentor and a Women of God’s Grace. I Believe – Diane has been prepared and inspired through the crucible of cancer to write this timely book. With a heart of compassion she shares her personal story of battles and victories, desiring to encourage and give hope to those who are currently in their own struggles and for those who will join the fight. I believe this book will accomplish her goal.

This author is not famous, but cancer is. In today’s world, it is likely you have experienced cancer through your family, your friends, or your own personal encounter.

Throughout this book, the veil is lifted and cancer shows its many different faces. It is shown to be sneaky, quiet, angry, hurtful, and one of the hardest teachers one could face. Cancer can be a dream-stealer for a time or cast you into a dark tunnel. But the author shares how, if you choose, it can also lead you out the other side stronger and more thankful for each day you’ve been given. My New Breast Friends is a heartwarming revelation of embracing life’s difficult moments through unexpected relationships. Be encouraged as you travel through this story of trial and error, triumph and defeat, laughter and tears that will end up lifting your faith to new heights.

Diane was born and raised in a small town in upper Michigan. She and her husband, Tom, were married in 1982 and were raising four children when Diane was diagnosed with breast cancer. Diane was only thirty-nine years old at the time. Diane battled and defeated cancer once, only to have it return six years later. Today, Diane is cancer free and sharing her intimate story to encourage others.