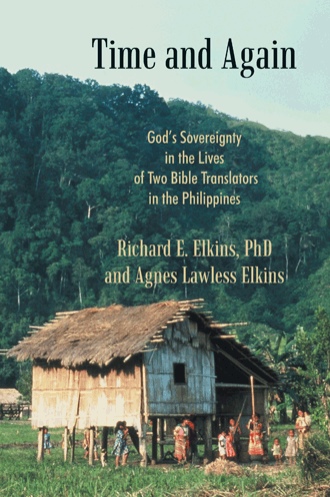 A few days before we left Mindanao in May 1992 to return to the United States for health reasons, two dear Manobo friends came to our center at Nasuli to say good-bye. They were Mempiyanu and Iney Piyanu, husband and wife, who were two of the first in their village to believe in Jesus.

Mempiyanu had been an alcoholic, and he and his wife had been deeply ensnared by the old animistic religion under bondage to evil spirits. Christ had totally changed their lives. Mempiyanu later became the lay pastor and served his people for many years.

On this particular day, they rode a bus from their village to our center and came to our house. We invited them to sit down. After a polite interval, Mempiyanu turned to us with a piercing look and pointed to his eyes. “The reason we have come today is because these eyes had to see your faces, and these ears had to hear your voices once more. You brought us the good news about Jesus. And where would we be today if you had not come?”

I was so emotionally overwhelmed that I could hardly speak.

They said little more and did not stay long.

After they left, I reflected on what Mempiyanu had said. It is true that Betty and I were privileged to be the visible ones to bring the gospel to their corner of Manoboland. But we were not the only ones. A host of people at home supported us and prayed for us. Our colleagues in the Philippines stood behind and helped us—radio technicians, pilots, schoolteachers, children’s home parents, secretaries, builders, administrators, fellow translators, literacy experts, and others. Our faithful colleagues labored with us for many years and also brought the gospel to the Manobo people. It took a large team to make bright inroads into the darkness in which our Manobo friends lived.

We later learned that both Mempiyanu and Iney Piyanu had gone to be in the presence of their Savior. Someday in the courts of eternity, they and many other Manobo friends will fix their eyes on the faces of all who had a part in their enlightenment. Their gaze will be with new, eternal eyes, and they will understand more fully what it took to bring the Light to them.

And we will all rejoice together.

Time and Again: God’s Sovereignty in the Lives of Two Bible Translators in the Philippines reveals God’s amazing orchestration of events in the lives and ministry of a missionary couple far from home. You’ll see God heal a dying child in answer to prayer, protect a brave pastor from hostile Communist forces, drive away evil spirits, and send an angel to help women in danger. Other remarkable events, such as influential leaders deciding that their whole group will follow God, will help you recognize God’s sovereign working in your own life.

In 1953, Richard Elkins began linguistic and anthropological studies of the Western Bukidnon Manobo people in the Philippines. After the Elkins team produced an alphabet system, taught people to read, and translated the New Testament, many Manobos turned from worshiping spirits and embraced the Christian faith.

Richard Elkins received a BA from Westmont College and a PhD in linguistics and anthropology from the University of Hawaii. He and his late wife, Betty, spent forty years with Wycliffe Bible Translators in the Philippines. He has served as an international translation consultant and most recently assisted in the Manobo-language translation of the Old Testament.

Richard is the author/editor of The Manobo-English Dictionary and the translator/editor of A Voice from the Hills: Essays on the Culture and Worldview of the Western Bukidnon Manobo People. His chapter, "Biblical Inspiration and Bible Translation" is in Willis and Masters' book, Basic Theology Applied (Victor Books). His forty-seven linguistic and cultural articles have appeared in such journals as Ethnology; RELC Anthology, and Missiology: An International Review.

He lives with his wife, Agnes, in Snohomish, Washington.

Author and copy editor Agnes Lawless Elkins has had numerous articles published. Her nine books include The Drift into Deception (Kregel), Captivated by God (Gospel Light), and Under His Wings (Christian Growth Ministries). She graduated from Prairie Bible College and Seattle Pacific University and studied at Syracuse University, the University of North Dakota, and Hartford Seminary. She and her late husband, John Lawless, also worked with Wycliffe Bible Translators in the Philippines.