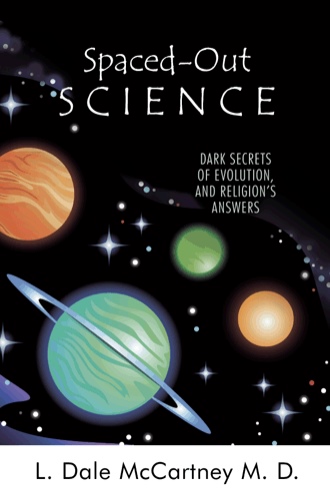 WHERE’S WALDO ?
We are presented with a complex picture of images and given the challenge of finding one particular character--Waldo. You may have seen this popular game, the puzzle that captivates many children and adults. When I turn on the T.V. and watch Nature or Discovery programs I feel like I’m presented with a similar challenge. I see lots of fascinating pictures, and I hear many words which sound interesting and authoritative…but I can’t help searching for that one little hidden character…the truth! Many things in the picture look like Waldo…look like the truth…but aren’t.
When you hear something like “…and 15 million years ago Zag evolved from Zig etc.…” you are not being told truth or fact, but a colorful distraction--basically propaganda. There are many truthful things which could have been said. Let’s try a few:
1. “Some scientists believe that 15 million…Zig and Zag etc.”
2 “Some research suggest that…”
3 “Some data seems to indicate the possibility of…”
4. “One model of thought says that…”
5. “One hypothesis is that…”
6. “In the opinion of (cite a reference)…or,
7. “Evolution theory says…”
Actually, that last one would be difficult to qualify as truth because the theory has changed so often and so substantially over just a few years. To be accurate, you would need to reference a particular time and place, for example: “at Harvard University in June of 1998 etc.” Even that might be problematic, considering the disagreements and debates among fellow evolutionists! This may be why you rarely hear or see a truthful statement such as above…because it opens Pandora’s box--it accurately implies that other scientists do not believe the stated conclusions…other research indicates something else. Other data indicates otherwise. Other models, other hypotheses and other theories say something different.
My goal is not simply to expose the enigma of a unified Evolution Theory. I want to discover why the myth has been so pervasive, so “viral” as you might say. I also want to explore how this is impacting society and religion. Allow me to show you some alternative data, evidence and conclusions which I believe are unique, powerful and worthy of consideration. Let’s see if we can find Waldo.


In the last 30 years or so, we have seen an explosion of new literature related to origins of life. Books, articles, DVDs and web sites abound. Let’s face the facts: no matter what model of thought is chosen, you face (or ignore) numerous pieces of the puzzle which simply do not fit the picture. No matter which paradigm is preferred, you must admit that many of the ’facts’ are conflicting. No one, and I mean no one has produced a completed puzzle. But the playground seems full of children squabbling about their claimed abilities to do so.
For too long young-earth creationists have been made to feel like they are putting round pegs in square holes. I believe something else has been happening: evolutionists have doggedly persisted in using a sledge hammer to pound a triangular peg into every possible hole. That triangle is made up of scientism, atheism and secular humanism.
Placed before us is a smorgasbord of data, so to speak. Each person picks and chooses a meal based upon their likes and dislikes. No one can swallow every item on the buffet without risking serious peptic discomfort. This cafeteria-style approach needs to be honestly acknowledged by all three major parties: evolutionists, old-earth creationists and young-earth creationists. I offer you a unique diet which will include the greatest number of entrees and the least amount of indigestion! Come taste with me. We must first learn to recognize the indigestible and even poisonous cuisine.
This book represents an appetizer which nourishes the soul of an honest seeker. Each morsel mentioned could take an entire book to fully expound upon. A summary style results from concerns for brevity overriding my desire for comprehensiveness. Hopefully the diner will continue this diet into the future, with further study, reflection and good judgment.
As an E.R. physician for 20 years I have learned the necessity of rapidly analyzing a situation, integrating numerous bits of data and then making an informed decision. Ironically, that’s the easiest part sometimes. Communicating the essential information to patients in an efficient way is often the most challenging task. My ability to reduce the medical jargon down to understandable “sound-bites” for the layperson encouraged me to tackle another difficult subject: science and religion. These have seemingly been at odds for hundreds of years. Today more than ever, the terminology on both sides seems to be isolating the two camps. It reminds me of a bestselling book, Men are from Mars, Women are from Venus. In it, Dr. John Gray submits that men and women sort of speak different languages. Well so do science and religion. Perhaps I should have named this book Clergymen are from Saturn and Scientists are from Pluto! Are there ways to reconcile the seemingly incompatible language and jargon?
When considering origins, we must first stop and consider our beliefs and where they originated from. Each of us has a kind of foundation of thoughts that we build everything else upon. It’s like the bottom layer of a puzzle that we assemble the other pieces onto. If those first pieces are chosen incorrectly, the resultant picture will naturally be flawed. Some people begin their puzzle with scientific assumptions. Others begin with religious assumptions. Each group may argue that they have evidence and facts, rather than assumptions. The truth is, however, that both science and religion rely heavily upon interpretation. Both require accurate premises in order to proceed with maximum credibility. Recent public debate on these areas could be characterized as children squabbling over which pieces of the puzzle to cram into ill-fitting holes in their incomplete and faulty pictures. The real discussion might prudently be focused on the first layer of the foundation. Are the premises correct or flawed?
When we consider the innumerable times scientific ideas have been revised, updated and often discarded, is it wise to begin a foundation there? Chapter 6 illustrates how some of the most famous evolutionists are contradicting themselves and the so-called ‘evidence’ which was previously offered as fact. Is Scientism really the best answer?
Evolutionary biologists, chemists and astrophysicists etc. love to answer methodological questions--how something may have happened. They have been seemingly successful in describing many things, but does that qualify them to answer the WHO question? Furthermore, may have happened does not prove that is did happen. It’s difficult for me to believe many current scientific ’facts’ and conclusions when I remember how short-lived they frequently are. Should we grant credibility to the newest theories? Let’s stop and reconsider the foundational assumptions, the pillars of thought.

Science continues to declare its dominion over reality and reason. Science tells us it can measure, describe, dissect, and experiment with virtually everything in the universe! Nothing seems beyond its power. How do we convince our children that this is simply not true? Perhaps we should begin with a realistic examination of science’s limitations, failures, and frauds. An understanding of how an evolutionist thinks, for example, may go a long way towards debunking their conclusions. Chapter one of Spaced-Out Science begins with an allegory that even children can understand and enjoy. Other chapters begin to describe many of the dark secrets that should place science in its correct position of authority.

Spaced-Out Science is a frontal assault on the unholy trinity: scientism, atheism and secular humanism. Author L. Dale McCartney systematically pries their grubby little fingers off the throat of society. Those who think they own the rights to this world’s hearts and minds are in for a smack-down. The average man can take back ownership of his intellect without shame. This book is reasonably brief considering its broad scope of attack. Children, adults, clergy, and students will be pleased by the accessible yet entertaining education.

Organized religion also has dark secrets regarding its dogma, its proposed answers, and attempted compromises with science. Does truth actually exist, or is it an enigma? Will truth survive the onslaught of science’s quest for ultimate power and authority? Is God relevant in the twenty-first century … and how so? These are the weighty questions entertained by Spaced-Out Science. The answers are profound.

McCartney offers a completely unique synthesis that sounds at times like old-earth thinking but deserves a closer look. Young-earth creationists can now emerge from the lion’s den with a newfound confidence.

30 years ago while in college the author was introduced to the fascinations of cellular and molecular biology. He began to weigh the significance of evolutionary theories with his religious beliefs. Dr. McCartney went on to a career in the applied sciences; graduating from medical school at the University of Texas in 1985. Training and board certification in Family Medicine was completed. Over the subsequent years he has practiced Emergency Medicine and Family Practice at various times and places.

Coincidentally, during the same year of his introduction to D.N.A., the author participated in some research peripherally associated with N.A.S.A. Over many years of continued scientific study and reflection his thoughts have coalesced into Spaced-Out Science. In it he searches for the Holy Grail which might unify science and religion.

Dr. McCartney’s father has recently published a book called Evolution of Faith, which focuses mainly on the philosophical roots of evolution and the origins debate. Although similar conclusions are reached, Spaced-Out Science primarily investigates contemporary issues. The objective is to make information accessible, interesting and even fun to explore--material which may have previously intimidated the scientifically-challenged reader. Hopefully, the author’s insatiable humor contributes to the enjoyment of discovering important secrets.

Dale and his wife Christy along with two dogs, two cats and two horses reside in southeast Tennessee near Chattanooga.