Betrayal of Love and Trust

A Tale of Domestic Violence 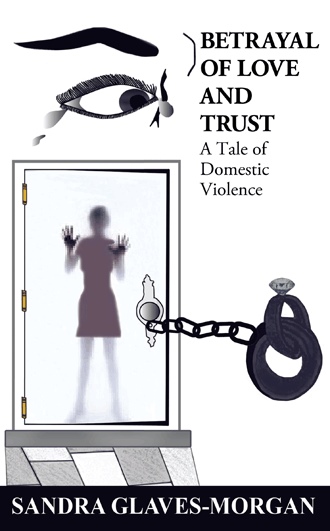 CHAPTER 10 THE CONFRONTATION Lyn was looking out of the kitchen window at the bright morning sunshine as it danced on the leaves outside. The doorbell rang. She was startled and said to herself, “I hope that isn't Little.” Lyn walked slowly towards the front door. Dana met her at the entrance to the living room. They walked to the front window where they could see who was at the front door. Lyn pulled the curtain back and snuck a peek through the venetian blind. She was instantly relieved, and said to Dana, “It is Mrs. French.” As Dana walked back to her room, her mother opened the door for Mrs. French. The elderly lady stepped in briskly. Lyn closed the door. Mrs. French hugged Lyn and asked her how she was doing. Lyn mumbled, “Fine.” “I wanted to stop by to check on you and also to get the Bible for Teddy.” “Yes, I have Teddy's Bible right here on the coffee table. Come in and visit a while. Make yourself comfortable. Are you just coming from work?” “Yes. We missed you last night at work.” “I missed being there too. But until I know the police find Little, I can't leave Dana alone. He didn’t come home yesterday.” Lyn then asked Mrs. French, “Can I get you a cup of coffee or tea?” She responded that a cup of tea would be good. They went into the kitchen and Lyn turned on the kettle. Lyn asked Mrs. French how Teddy was doing. Mrs. French told her that she spoke with him last night before she went to work. He was doing better and looking forward to getting the Bible Lyn got for him. He said he needed to keep his mind occupied with positive things, rather than trained on all of the negative things and people around him in prison. Mrs. French then told Lyn that she informed Teddy of what Little had done. Lyn held her head down, feeling ashamed. Mrs. French further told her that Teddy confided that Little used to pick up prostitutes at the local bar and disappear with them for hours at a time. In fact, Little was usually lewd and crude in his dealings with women at the Night Movers spot where they hung out. Mrs. French could see the pained look of shock that was now on Lyn's face. The kettle began to whistle. Lyn quietly turned off the flame, put a tea bag into the cup and poured the hot water on it. She gave Mrs. French the tea, sugar bowl and milk for her to fix her tea the way she liked it. Lyn began to feel as steamy as the hot water she had just poured into Mrs. French's cup. She felt enraged. Lyn yelled, “Imagine that man could have brought home a disease to my child or me. He has been living a licentious and incestuous double life and had the nerve to call me a whore.” She realized that Little used reverse mind control on her by calling her a whore and Angel, a pimp. She clenched her fists, pursed her lips, and sensed now that she wanted revenge. Lyn was distraught. Mrs. French, realizing Lyn's state of mind, told her, “I wasn't sure if I should have told you this, but decided you should know. You need to get Dana and yourself fully checked out physically and talk to someone professionally to help the both of you. Dana and you have been through a lot.” Lyn paused and calmed herself. She thought about what Mrs. French had just said and responded, “You are right, but I don't know where I should go. I certainly can't go to Reverend Fox. I wouldn't trust anything he has to say. Where do you think I should go?” Mrs. French looked at Lyn for a moment and then advised her to go and talk with Sheila Fox. She said, “You know she is a really smart woman and she knows a lot of people. If anyone would know who could help you, Sheila would. She may even be able to counsel you herself, even though she's got her hands full right now with her own problems. But you should call her and make an appointment to see her. She probably needs someone to talk to herself.” Mrs. French took a sip of her tea. Suddenly there was a noise in the living room. Both Lyn and she sat up and looked at each other as they heard someone trying their key in the front door. Lyn muttered, “Little.” She became agitated, jumped up and went to look out the front window to see who was at the door. Mrs. French was right behind her. Lyn's hand began trembling as she pulled the curtain back and parted the venetian blind. Sure enough, there was Little standing there, looking bewildered at his key and the door lock, trying to figure out why his key would not fit. Just as he turned to look at the window where Lyn stood, she let go of the blind and let it fall shut. Lyn turned to Mrs. French and said, “It is Little. I have to call the police. Please go and check on Dana.”

How can two walk together unless they agree?

Prepare your heart, mind, and soul for the untold story of many women in abusive relationships.

Prepare for a story of healing according to God’s master plan.

“This book depicts the emotional reality in an abusive relationship and the dark, covert, secretive environment in which the abusive acts take place.” —Rob Hess, author of Helpathy

Sandra Glaves-Morgan is an insightful author and lawyer residing in New York City with her husband. Together, they have two children. Throughout Sandra's lifetime and career, she has aided and counseled many women in abusive relationships.