A New Testament Guide to Working with Purpose 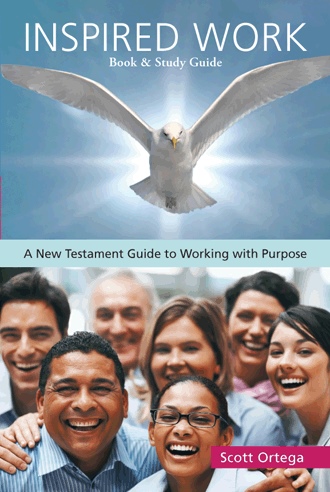 What is your perfect work–life balance?

Many Christians rely on biblical teachings to provide direction at home, only to turn off the same guidance system while at work. As a result, they end up limiting their full potential by choosing not to leverage their strongest professional asset—their faith.

How would Jesus do your job? Why would he do it that way? The answer to the latter question provides the insight that will help you to become a truly inspired leader whose actions are a direct reflection of your overall purpose in life.

This combination book and study guide provides examples and Scriptures that will help you discover your own faith-based inspiration for the choices you make at work. In the end, you'll find your perfect work–life balance is 100% life!

Scott Ortega is a senior marketing and sales executive, as well as a Northwestern MBA with over twenty years of demonstrated success in leadership positions with well respected corporations, including the Sunrise Greetings Company®, The Miller Brewing Company®, Allied Domecq®, and Frito-Lay, Inc®.

While recently spending almost two years between corporate jobs, Scott made use of his time to get reconnected with his faith through increased Christian fellowship, study, and service. During this time of reflection, he captured the New Testament verses found in Inspired Work and its companion study guide as they helped him resolve the conflict he had long faced prioritizing between professional aspirations and faithful choices. By combining his dedicated study with his diverse professional experience and own personal challenges, he illuminates how relying on one’s faith for motivation and resolve makes work just one more avenue for living with real purpose.

Scott currently lives with his family in Bloomington, Indiana, where he continually strives to apply his new learning to his work on a daily basis.